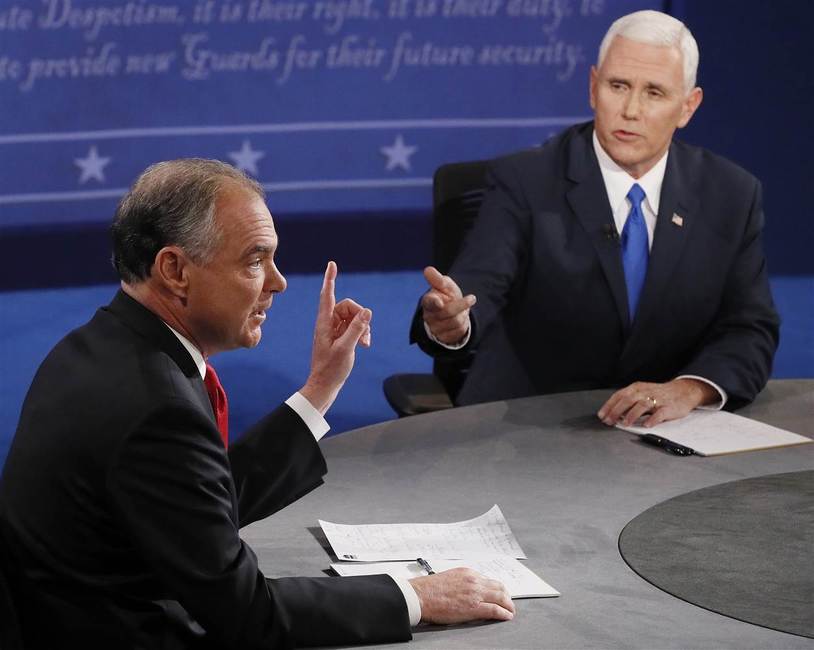 BREAKING NEWS – Farmville, Virginia – Vice Presidential debate between Tim Kaine (D) and Mike Pence (R) got very heated when the subject of ObamaCare came up. Pence referred to it as “the dumbest idea President Obama came up with during both of his terms”. Kaine immediately countered that comment by firmly stating to Pence, “Singling out this ‘one’ as President Obama’s biggest blunder among many other regular missteps is unfair. Because there were plenty of other decisions he made that were equally moronic and you know it!”