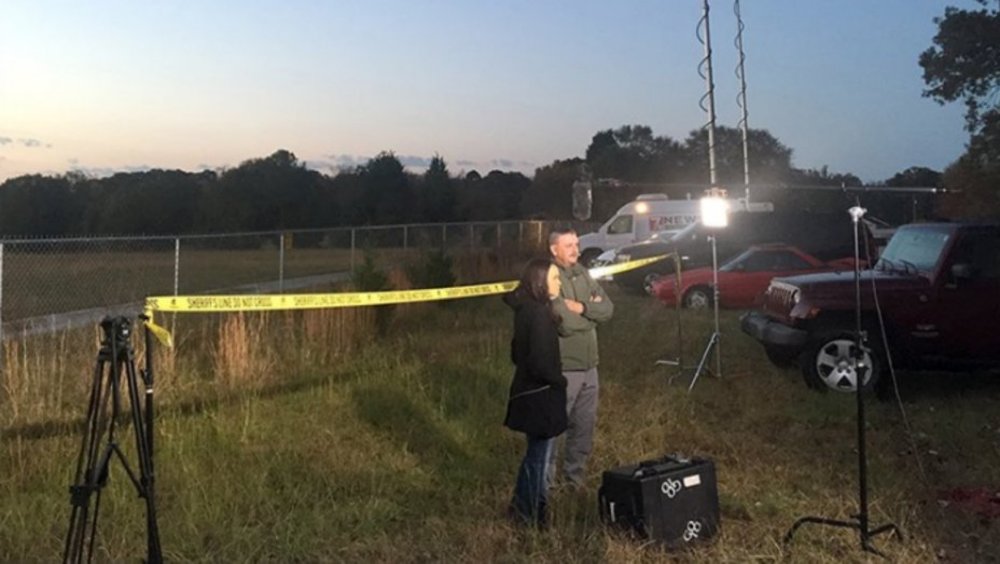 BREAKING NEWS – New York City, New York – ABC News says it is investigating one of its producers after seeing evidence that a live camera shot on “Good Morning America” Friday was enhanced by falsely stringing police tape in the background. Reporter Linsey Davis was reporting from a field in Woodruff, South Carolina, about a woman allegedly held captive in a storage container by a registered sex offender. Behind her was a yellow police tape with the words, “Sheriff’s Line Do Not Cross.” Yet a wide photograph of the scene shows the police tape was actually tied to pieces of ABC’s camera equipment. The incident was first reported by CNN. ABC spokeswoman Julie Townsend said the doctored shot was “completely unacceptable.” But she was more forceful with her opinion later when she said, “Yes, we screwed up, but we will not be lectured on journalistic standards from those idiots at CNN!”