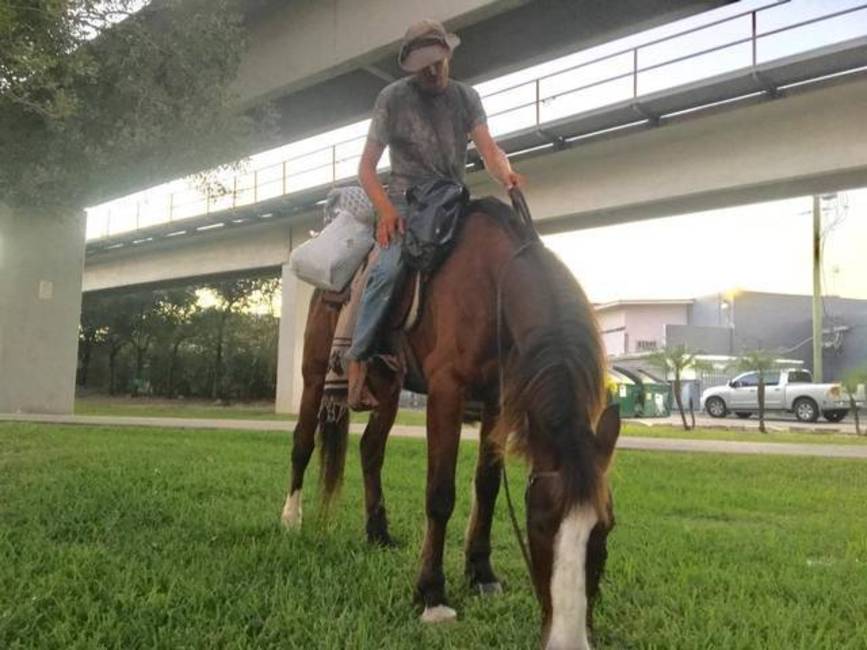 BREAKING NEWS – Greenwood, South Carolina – A man trying to ride his horse from South Carolina to Miami, Florida following his divorce, is now facing an animal cruelty charge. The Miami-Herald reported that 36-year-old Chris Emerson left his Greenwood, South Carolina home about five months after getting divorced and crashing his truck. He wanted to relocate to Miami and decided to ride his horse Trigger for the 662 mile trip. Emerson told the police that if he is in trouble for this trip, he would be in a lot more if he would’ve gone with his initial plan, which was to ride his horse to San Diego, and to remain on Trigger’s back as it swam to Honolulu.