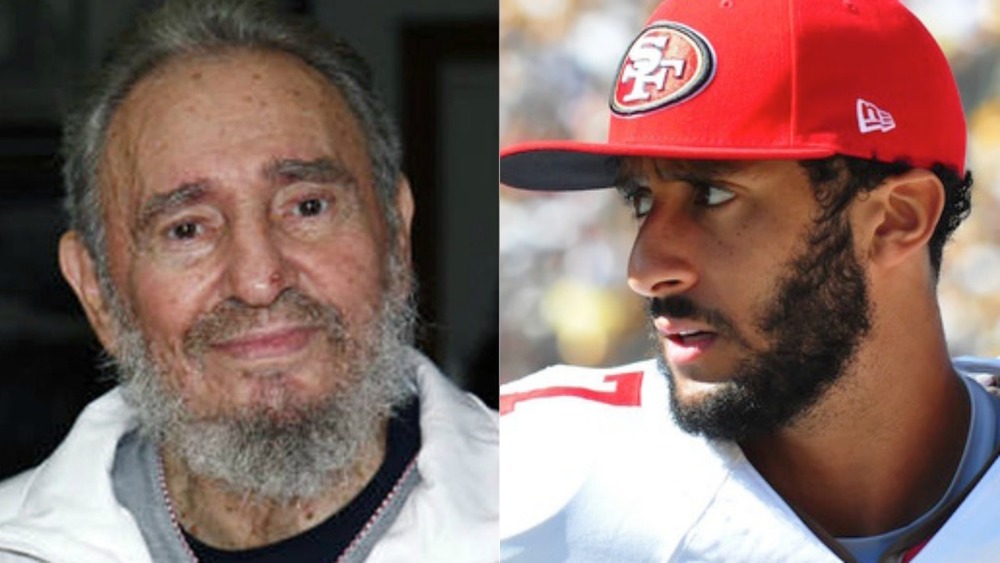 BREAKING NEWS – San Francisco, California – The 49ers quarterback Colin Kaepernick is refusing to walk back the comments he made that praised Cuban dictator Fidel Castro, a few days before he died. Even when Kaepernick was informed that Castro frequently had his political enemies imprisoned and/or executed, he still continued bashing the United States. “Another reason why I admire Castro, is he did not allow his country to discriminate against anyone based on age, like this bigoted nation”, he began. “In America, a person can’t start smoking until they are at least 18 or 21, whereas in Cuba, I’ve often seen children in preschool puffing on their world class cigars.”