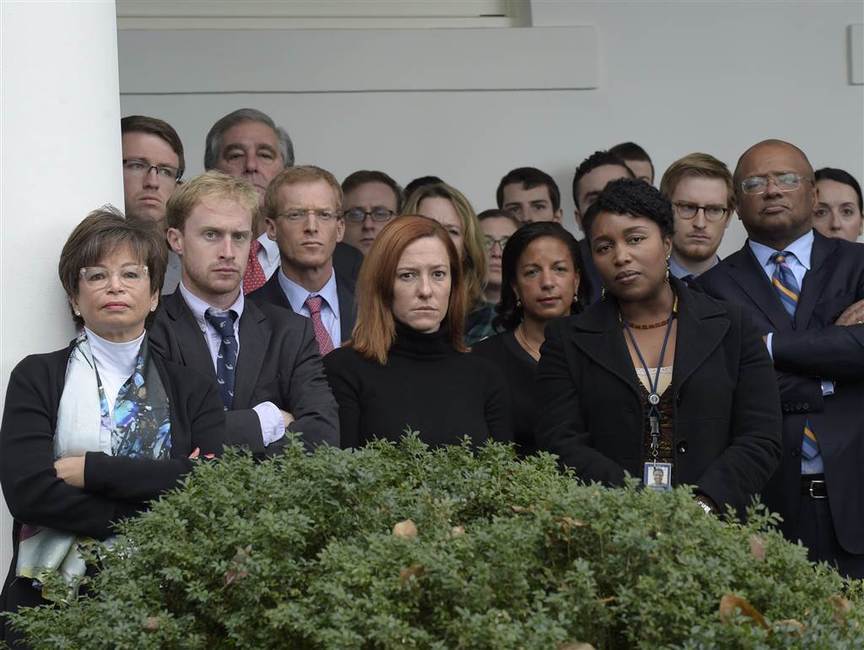 BREAKING NEWS – Washington, D.C. – Staff listen as President Barack Obama speaks about the election results on Nov. 9 in the Rose Garden at the White House. Their expressions reflect their disappointment in President Obama for not finally stating his true feelings on the stupidity of Hillary Clinton, after she lost in a landslide. Most of his staff confirmed he had previously told them that better candidates than Clinton representing the democrats would’ve included, Joe Biden, Bernie Sanders, and Yosemite Sam.