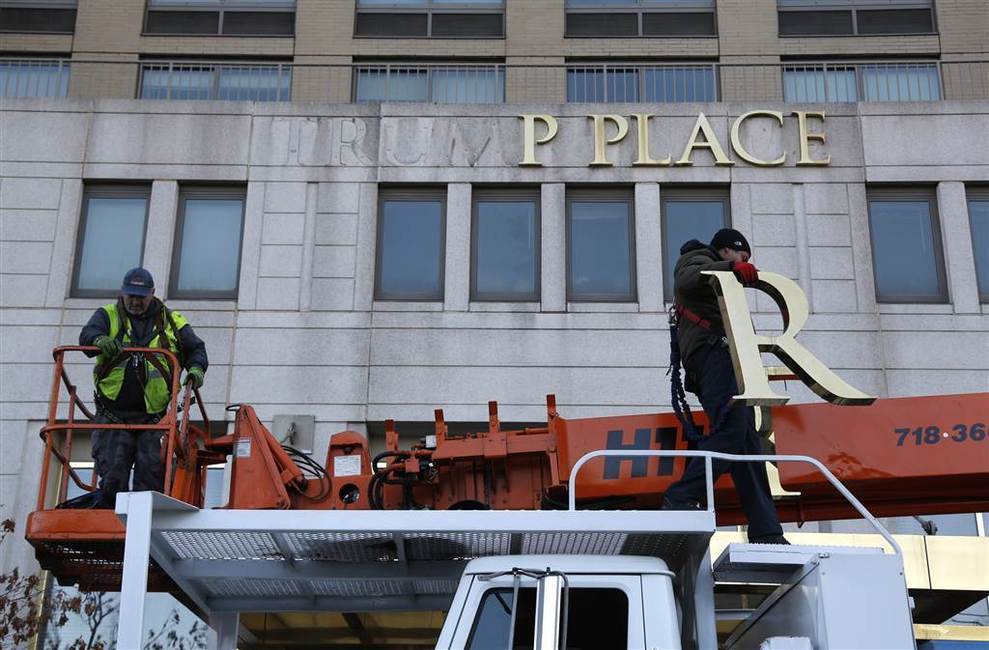 BREAKING NEWS – New York City, New York – Workers removed the letters from a building formerly known as Trump Place. Donald Trump’s name is being stripped off three luxury apartment buildings after hundreds of tenants signed a petition saying they were embarrassed to live in a place associated with the Republican President-elect. When Trump sent them all a letter stating that if they rescinded the petition, he would pay 50% of their rent, they cheerfully and unanimously wanted the letters to his name returned to the building. Trump then sent them a second letter that simple read, “Just kidding, losers.”