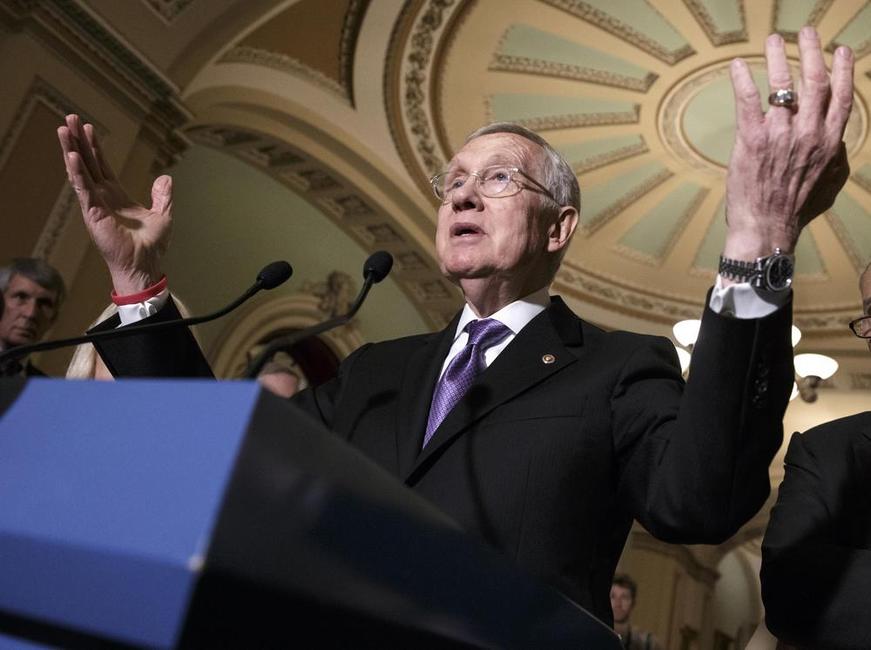 BREAKING NEWS – Washington, D.C. – Outgoing Senate Democratic leader Harry Reid delivered his farewell address Thursday after more than three decades in Congress. His party accused republicans of being “totally disrespectful” as they chanted during his speech, “Good riddance you cranky crooked misguided imbecile!” Prominent democrats later explained that because Reid lost the ability to understand and comprehend basic information over ten years ago, he fortunately had no idea he was being insulted.