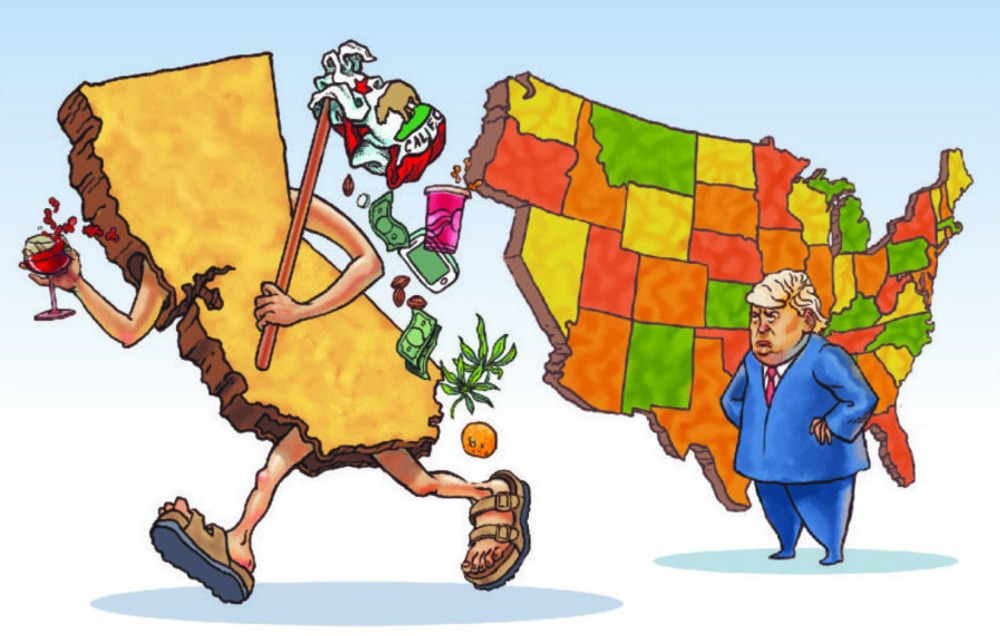 BREAKING NEWS – Sacramento, California – A little-noticed group that has tried for two years to build momentum for the idea that California would be better off if it seceded from the United States attracted sudden and intense interest following Donald Trump’s election victory. Many citizens in the Golden State seeks to place a referendum on the statewide 2019 ballot asking voters if the state should exit the union and become part of Mexico. The President of Mexico Enrique Peña Nieto responded to this idea by saying, “I don’t want anything to do with them! California is financially and morally bankrupt, and the moronic boneheaded hombres who run that wretched state, are too cowardly and stupid to enforce their own immigration laws!”