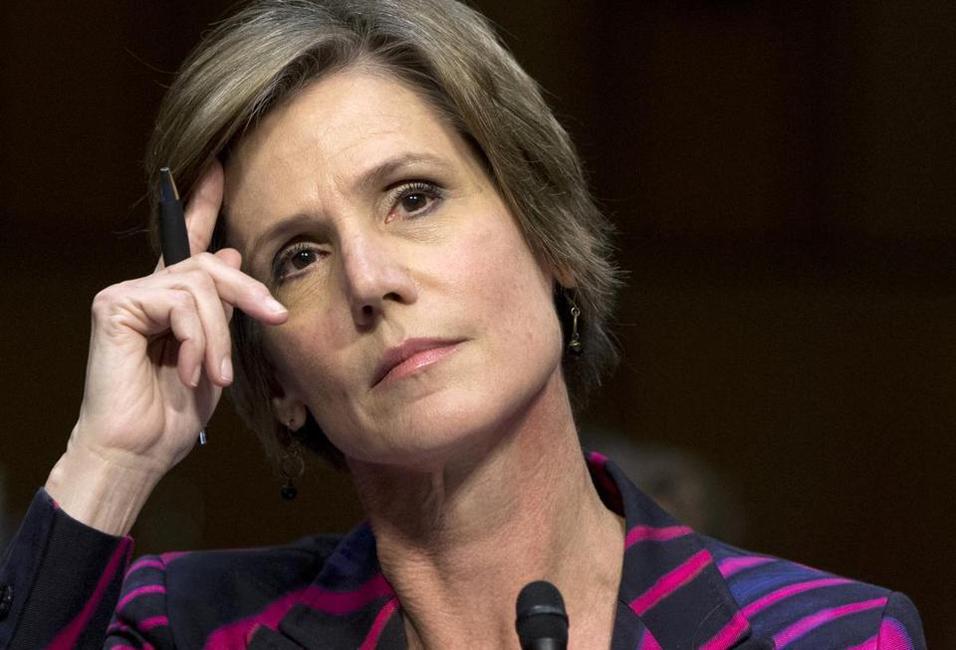 BREAKING NEWS – Washington, D.C. – President Trump fired his acting attorney general, removing her as the nation’s top law enforcement officer after she defiantly refused to defend his executive order closing the nation’s borders to refugees and people from predominantly Muslim countries. In an escalating crisis for his 10-day-old administration, the president declared in a statement that Sally Q. Yates, who had served as deputy attorney general under President Barack Obama, had betrayed the oath of her office. “Yates responded in writing. “I did not make a political decision”, she began. “I consulted with two experienced lawyers that I highly respect, whom I felt would be honest and objective in regards to my interpretation of President Trump’s executive order. And both the president of the ACLU Susan Herman and Hillary Clinton emphatically agreed with me.”