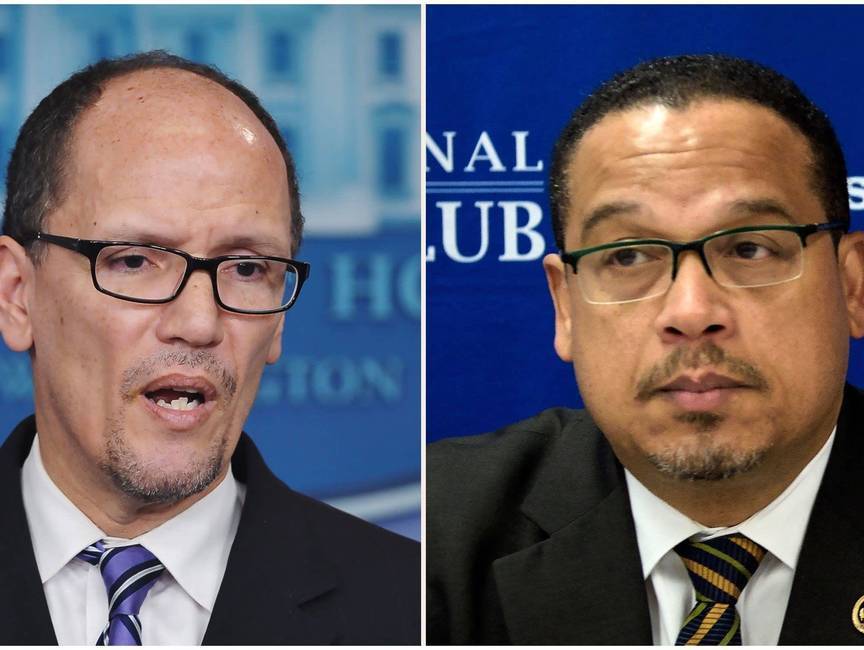 BREAKING NEWS – Washington, D.C. – Former Labor Secretary Tom Perez was elected chairman of the Democratic National Committee, defeating top-rival Minnesota Rep. Keith Ellison, in their respective bids to chart the direction of the national party. Perez graduated from Harvard Law School in 1987 and worked as a civil rights attorney at the Justice Department. Ellison, who in 2006 became the first Muslim elected to Congress, was outraged at his loss and later stated, “That this further proves that the DNC is pro-Hispanic and Islamaphobic!” He then called President Trump to personally volunteer his services to assist in building a wall on the southern border.