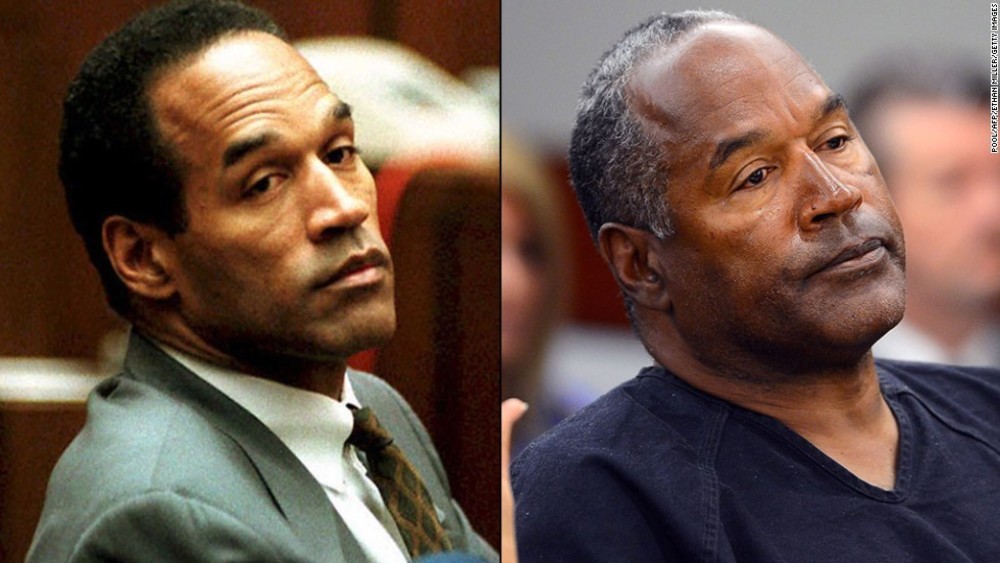 BREAKING NEWS – Carson City, Nevada – O.J. Simpson could get out of prison later this year, if a pivotal parole hearing goes his way. The hearing will likely take place in July, according to David Smith, spokesman for the Nevada Board of Parole Commissioners. Depending on the outcome, he could be loose as soon as October 1. While being interviewed from behind bars, he stated “When I go in front of the parole it will be with a repented and humble heart after getting convicted for kidnapping, armed robbery and assault with a deadly weapon. I also plan to apologize for that incident in 1994 when I sort of roughed up Nicole Simpson and Ron Goldberg.”