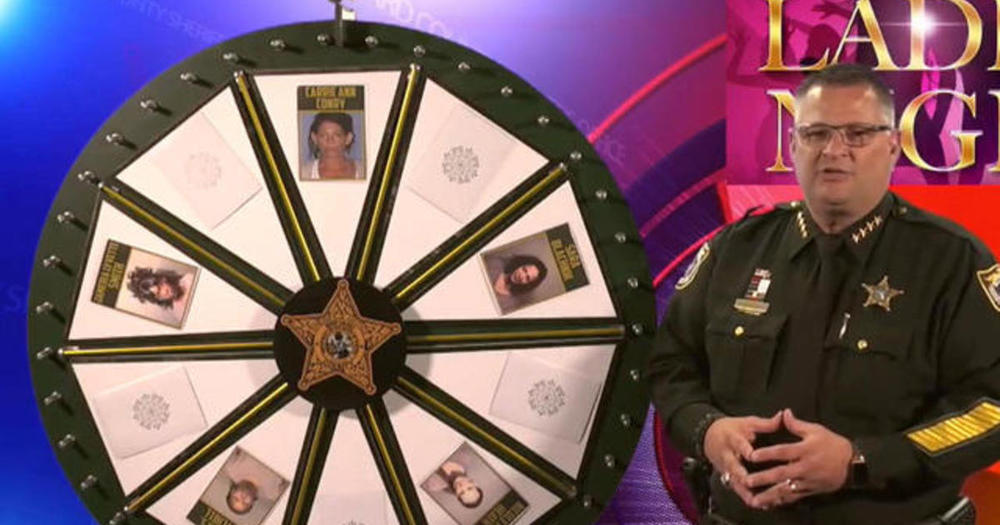 BREAKING NEWS – Titusville, Florida – Sheriff Wayne Ivey in central Florida is giving the search for criminals a creative spin using something his office created called the “Wheel of Fugitive”.  The game show-style videos feature the most wanted local fugitives, and a new episode is added to the sheriff’s Facebook page every week. For the last 18 months, a studio at the sheriff’s office has become must-see viewing in Brevard County, reports CBS News. The ACLU has filed a lawsuit in attempt to stop the videos from being posted on Facebook. “What they are doing is misleading and false advertising”, they stated in the court papers. “Sheriff Ivey is trying to mimic the ‘Wheel of Fortune’, yet he is not giving any of the criminals that they apprehend an opportunity to win cash and prizes.”