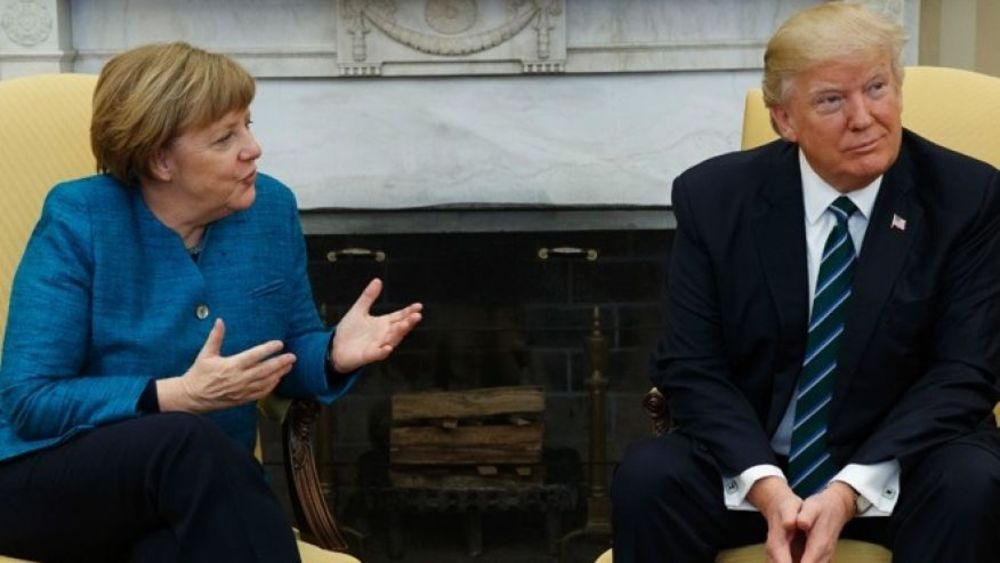 BREAKING NEWS – Washington, D.C. – President Trump handed a bill to German Chancellor Angela Merkel for about $400 billion — money he claims Germany owes NATO — during their White House meeting earlier this month, according to a British newspaper. “I reiterated to Chancellor Merkel my strong support for NATO, as well as the need for our NATO allies to pay their fair share for the cost of defense,” Trump said at the joint press conference. “Many nations owe vast sums of money from past years, and it is very unfair to the United States. These nations must pay what they owe.” He then handed Merkel a “letter of demand”, for them to pay the entire balance in full within 20 days, or he was taking Germany to “large claims court”.