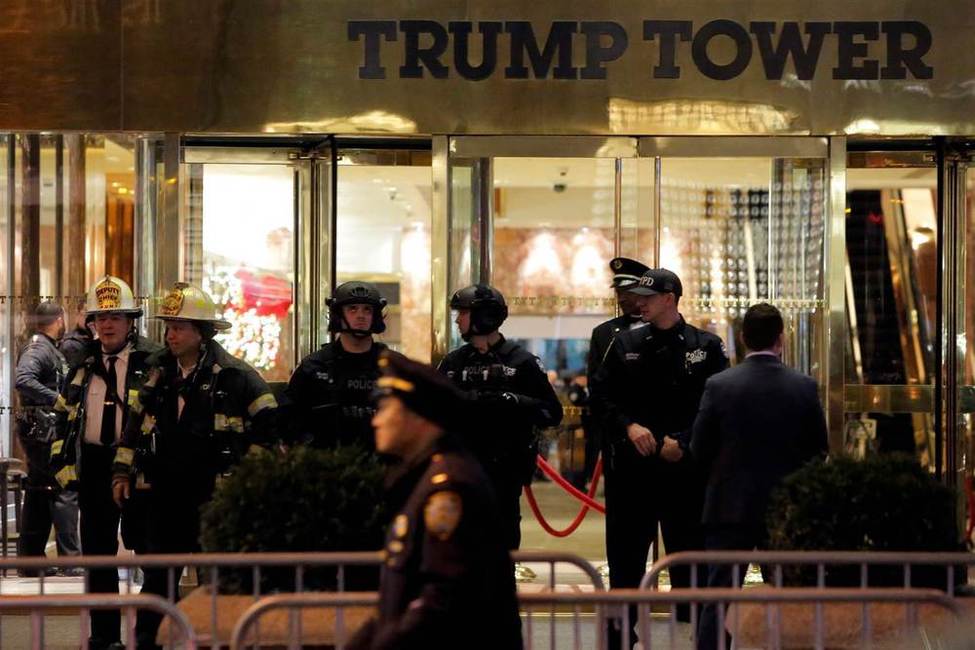 BREAKING NEWS – New York City, New York – A fire broke on an upper floor of the Trump International Hotel on Columbus Circle in midtown Manhattan. A piece of machinery malfunctioned in an apartment under construction may be the cause, and the fire forced a partial evacuation of the building, but was brought under control. Some witnesses stated shortly before the flames were noticed, Hillary Clinton was seen in the area making a deal with a man wearing a red suit that horns on his head, holding a pitchfork.