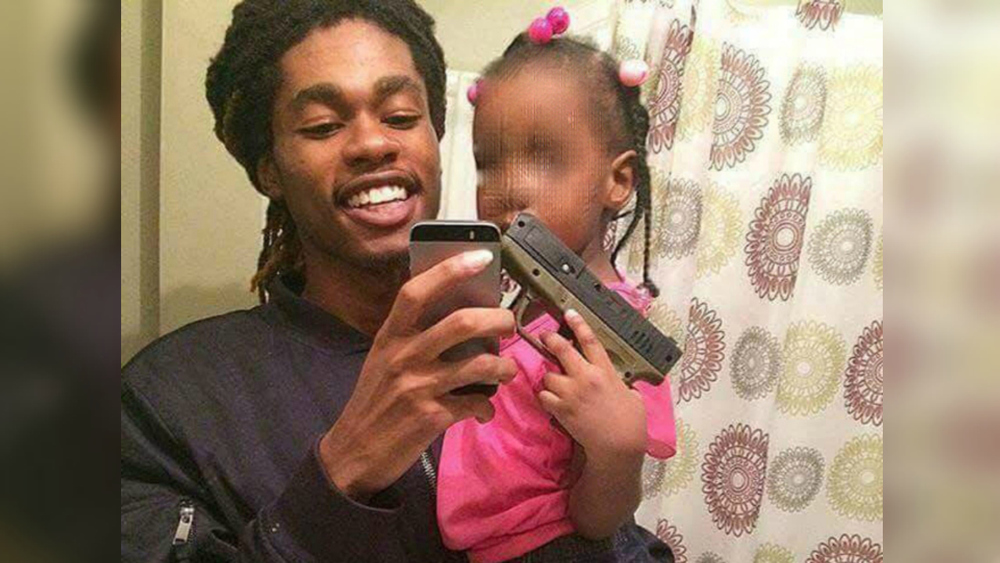 BREAKING NEWS – Chicago, Illinois – A man with dreadlocks is seen standing in front of a mirror holding up a little girl, who is holding what looks like a handgun. WBBM’s Mike Krauser reports. The unidentified man who was later questioned by the police, said the gun was not loaded and he would never encourage his daughter to harm anyone. He further explained that he was only trying to show her the weapon she could use when she starts first grade, to intimidate the geeks and braniacs into doing her home work.