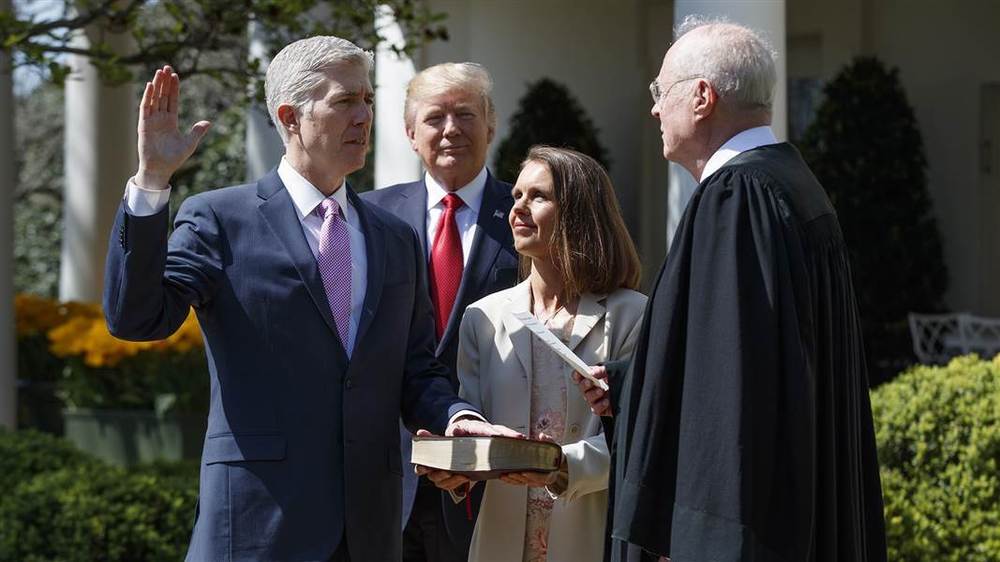 BREAKING NEWS – Washington, D.C. – Neil Gorsuch was sworn in as the next Supreme Court Justice — an ascension to the bench that President Donald Trump touted as one of his first major domestic successes. “And I got it done in the first 100 days — that’s even nice,” he told reporters, White House aides, and guests gathered in the Rose Garden. DNC Chairman Tom Perez who recently stated that Donald Trump did not win the presidency, is now saying that Gorsuch was never nominated or confirmed. “There is no record of him anywhere ever getting a law degree, and I have yet to see any proof that ‘Gorsuch’ is his real name,” he screamed.  “However if ‘Gorsuch’ is his real name, I’ve done the research and it’s English in origin. Who’s to say that he’s not a British spy sent here by King George to spy on our 13 colonies? Trump is always touting immigration, so he should deport the new Supreme Court Justice back to London until we can figure this thing out!”