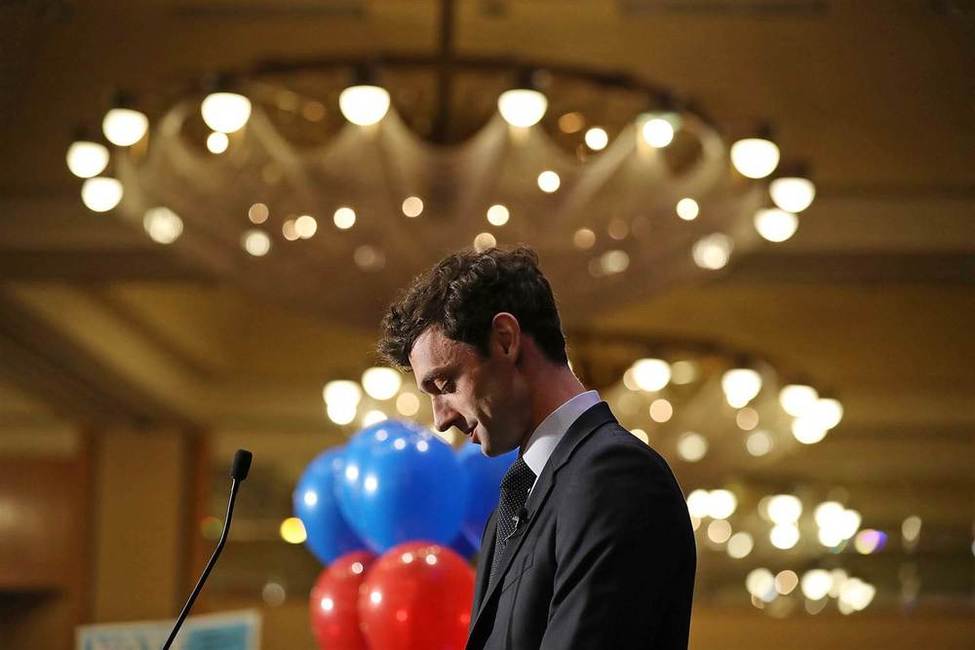 BREAKING NEWS – Atlanta, Georgia – Democrat Jon Ossoff loses to Republican Karen Handel despite the millions of dollars donated to him from Hollywood. The list includes Rosie O’Donnell, Jane Fonda, Jessica Lange, Sean Daniel, Connie Britton, Sam Waterston and Kyra Sedgwick are among those who have donated to Democrat Jon Ossoff’s campaign, while others have been participating in phone banks to get out the vote and a few, like actress Alyssa Milano, have volunteered to go door to door in the suburban Atlanta district. A new term has arose from his loss. Now when a democrat loses after being given millions of dollars by Hollywood, it is now referred to as “Getting Hillaried”.