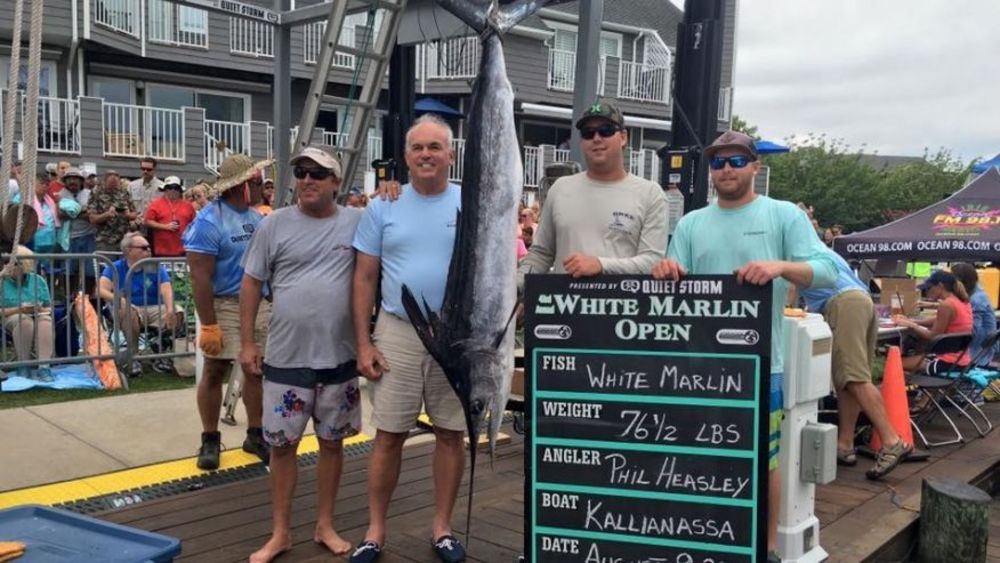 BREAKING NEWS – Baltimore, Maryland – A Florida angler who claimed the $2.8 million top prize in the world’s largest billfish tournament has just lost the largest catch of his life. Phil Heasley staked his claim to the money after catching a 76.5 pound white marlin in last summer’s White Marlin Open off Maryland. But a Baltimore federal judge upheld Heasley’s disqualification, finding that he broke tournament rules by flunking two polygraph tests administered to winners to prevent cheating. The judge also found that Heasley and his crew broke the rules after catching a 66.5 pound Marlin, by secretly force feeding it 10 pounds of wet cement.