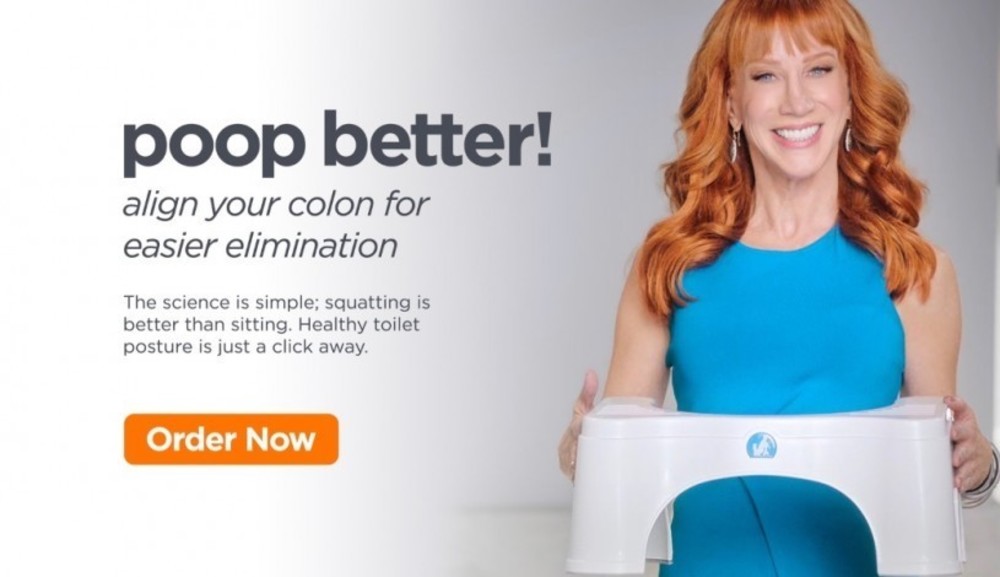 BREAKING NEWS – St. George, Utah – Kathy Griffin has lost her endorsement deal with the creators of the toilet footstool designed to allow for better bowel movements among users after she posted online photo of her holding a bloody head representing a decapitated President Trump, company CEO Bobby Edwards announced.“We were shocked and disappointed to learn about the image Ms. Griffin shared,” Edwards said in a statement. “It was deeply inappropriate and runs contrary to the core values of what our company stands for. In response, Squatty Potty has suspended its ad campaign featuring Ms. Griffin, after determining that in this company’s eyes, she ain’t worth do-do.”