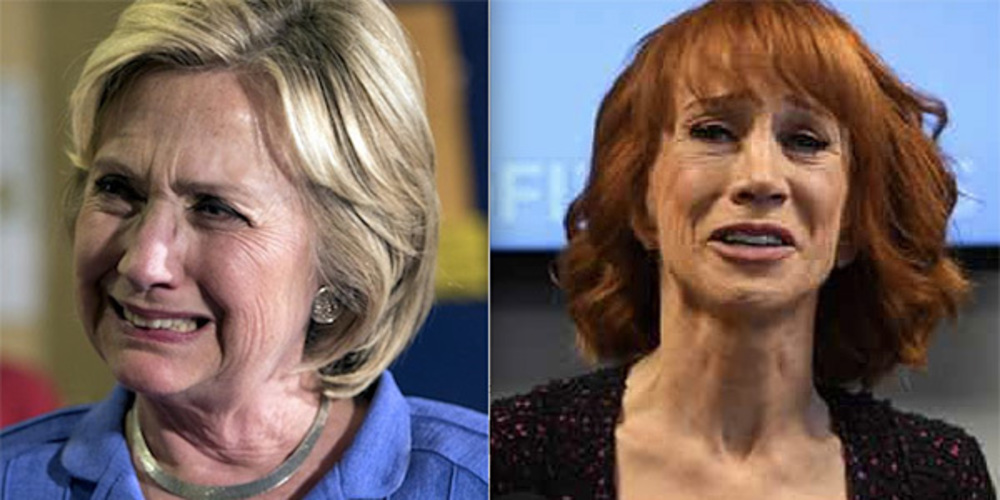 BREAKING NEWS – Los Angles, California – Kathy Griffin and Hillary Clinton are now the leading vote getters for the 2017 National Blame Game Championship. Both of them stated that they are confident they will win. But if they lost, both Griffin and Clinton have already begun to compile a list on who should be held responsible.