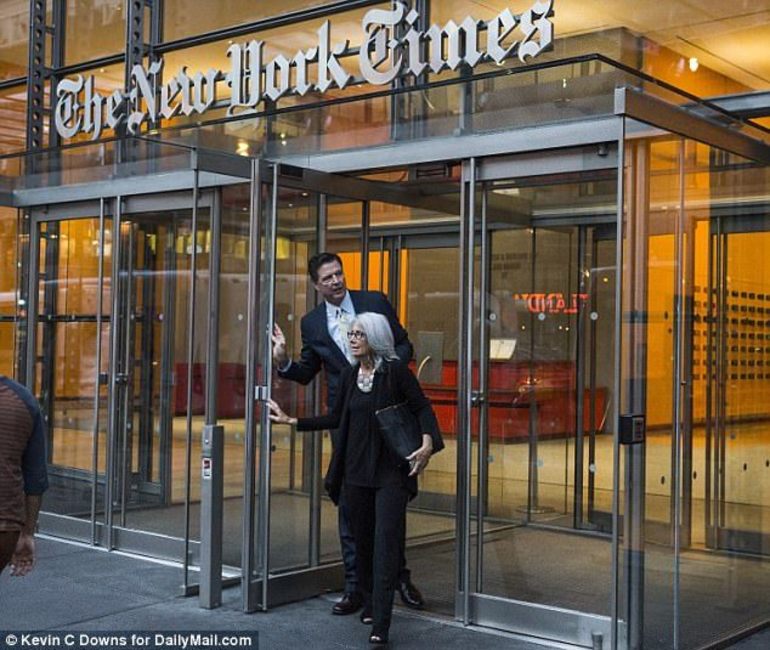 BREAKING NEWS – New York City, New York – Former FBI Director James Comey was seen leaving the New York Times with his wife, after being there for more than three hours. Rumors swirled that he was there for a job interview, but an unnamed source stated that is not true. They went on to say that his wife entered the building carrying a satchel full of memos and handwritten notes by her husband about President Trump, and she left with their passports updated, a satchel full of foreign cash, and two plane tickets.