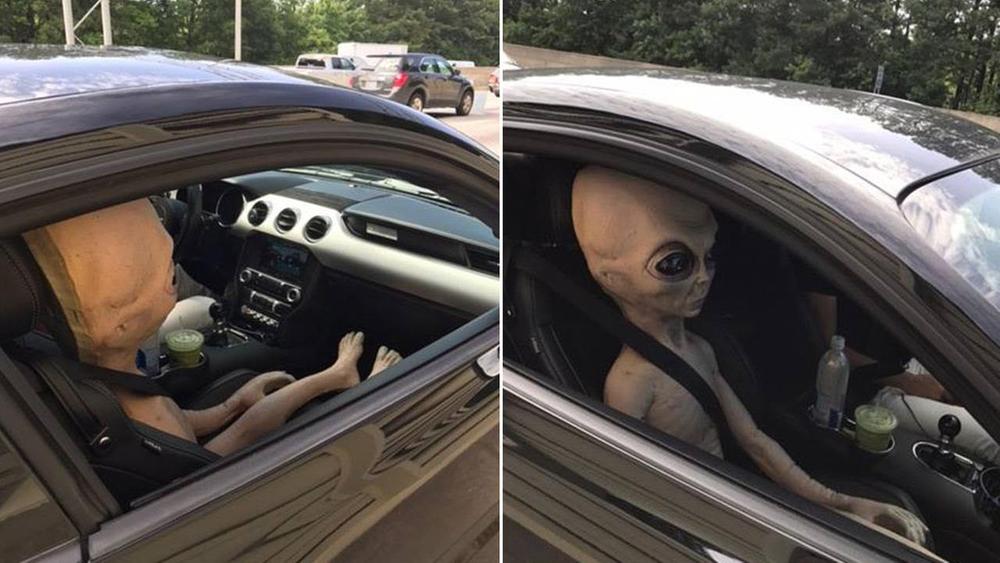 BREAKING NEWS – Alpharetta, Georgia – George Gordon, a spokesman for police in Alpharetta, says that when a police officer pulled a man over on a suburban highway, a big-eyed, large-skulled alien was riding in the front passenger seat. The Atlanta Journal-Constitution first reported the encounter, saying the driver was clocked at 84 mph and got off with a verbal warning. And due to laws created by liberal politicians in that county, the police officer was not allowed to ask the alien if it was a U.S. citizen or from this galaxy.