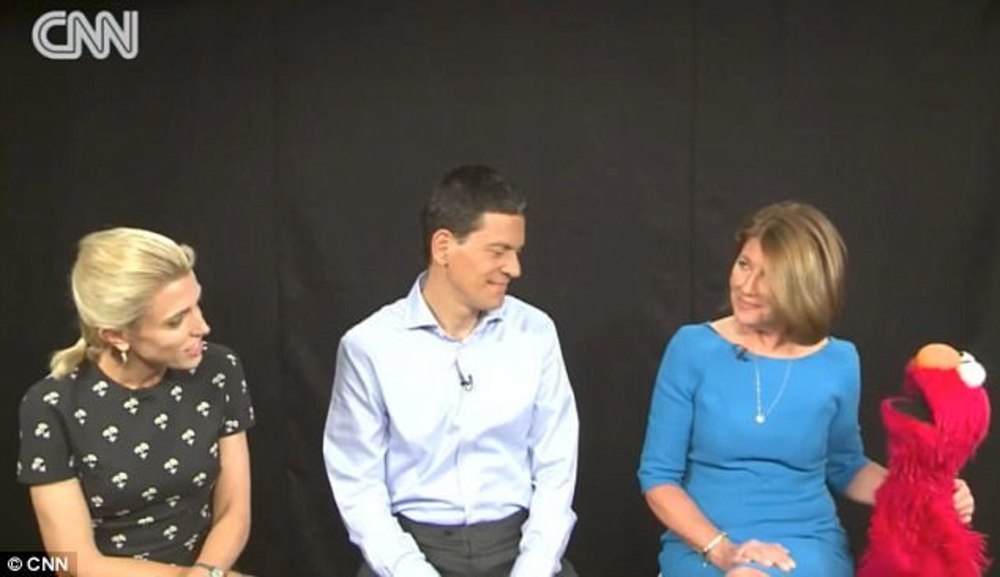 BREAKING NEWS – New York City, New York – In a live chat, that featured reporter Clarissa Ward, Sherrie Westin from Sesame Street, International Rescue Committee’s David Miliband, and Elmo, CNN attacked President Trump’s temporary travel ban. Elmo spoke about his recent trip to a Syrian refugee camp. “They like to play and learn just like Elmo and all his friends at Sesame Street,” The popular character puppet stated during the interview. “Elmo thinks it’s important to know that everybody is the same deep down and that’s very important.” However, a few days after he said that, Elmo announced he is rethinking his initial assessment of Syria. His change of heart happened when he found out that Oscar the Grouch recently converted to Islam, and he saw him assembling a suicide vest.