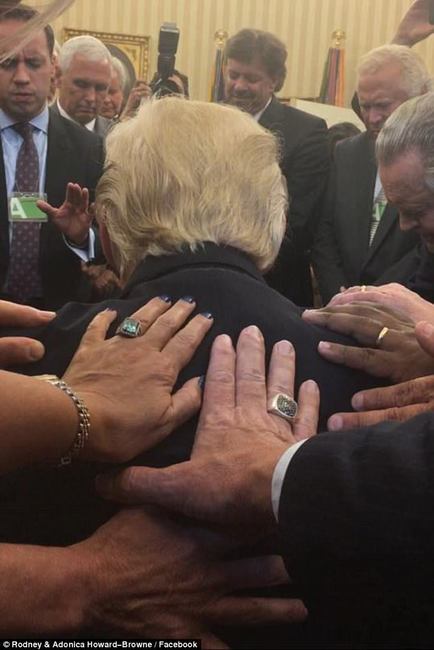 BREAKING NEWS – Washington, D.C. – Evangelical leaders from all over the country, laid their hands on Donald Trump’s back as they prayed over him in the Oval Office. The group were invited to pray with the president during a meeting with members of The Office of Public Liaison. Reverend Al Sharpton called praying over President Trump “unfair” in a tweet. “The Almighty has already intervened on his behalf by allowing him to win the election,” wrote Sharpton. “If he gets re-elected in 2020, I am urging all Christians to leave their churches, and to join me in a nationwide boycott against God.”