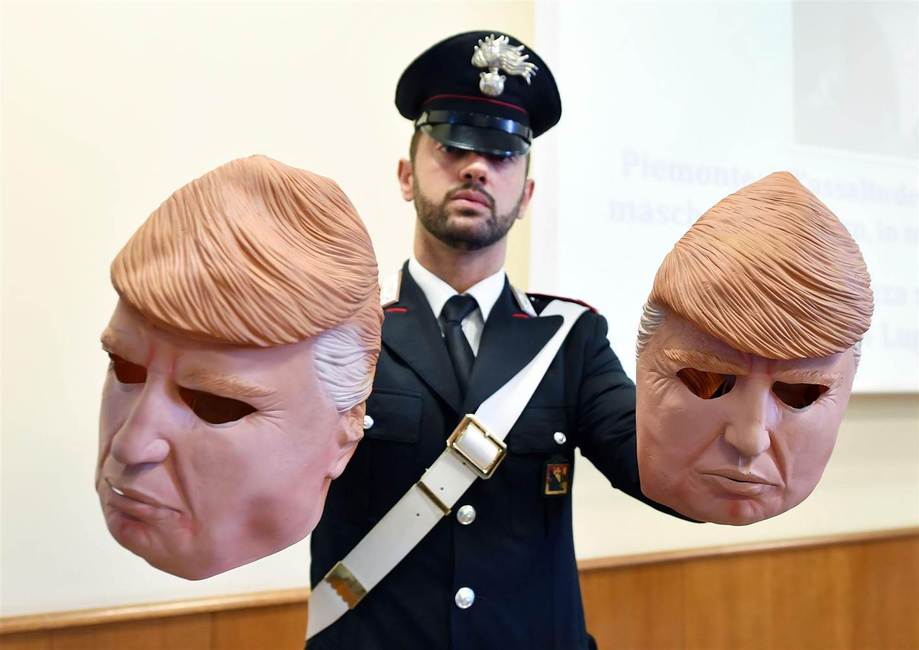 BREAKING NEWS – Turin, Italy – An Italian police officer holds Donald Trump masks used by two alleged thieves at a news conference in northern Italy. The police announced that they had arrested two brothers suspected of robbing dozens of cash machines while wearing the masks. Maxine Waters is now stating that according to her sources, only one of the men was wearing a mask, because the other one was actually Donald Trump. “He did it! I know he did it,” she exclaimed. “He is using the money as a down payment to Vladimir Putin, to collude in the 2020 election. Trump is crazy, and I know insanity when I see it!”