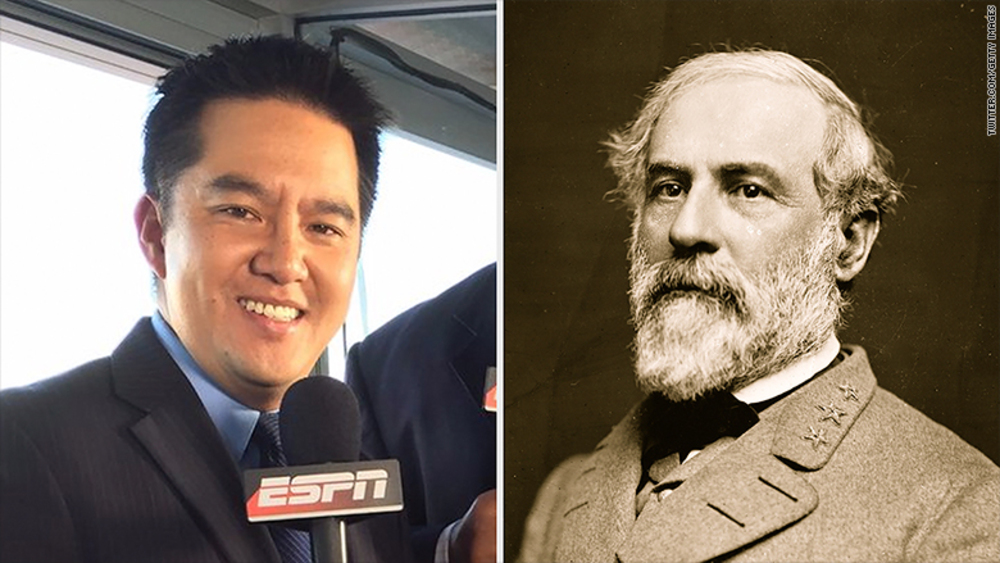 BREAKING NEWS – Charlottesville, Virginia – In the wake of the events in Charlottesville, Va., ESPN decided to pull one of its announcers from calling a University of Virginia football game — because his name is Robert Lee. Lee, an Asian-American sportscaster who started with the network in 2016, was moved to a different game “simply because of the coincidence of his name,” ESPN said, referencing the Confederate general Robert E. Lee. And to continue on their path on being politically correct and not saying anything that has even an indirect reference to the south before the Civil War, the sports network is promising that they will not have announcers at golf’s Masters Tournament, mention Oakland Raiders running back Marshawn Lynch, or cover the NCAA’s Cotton Bowl.