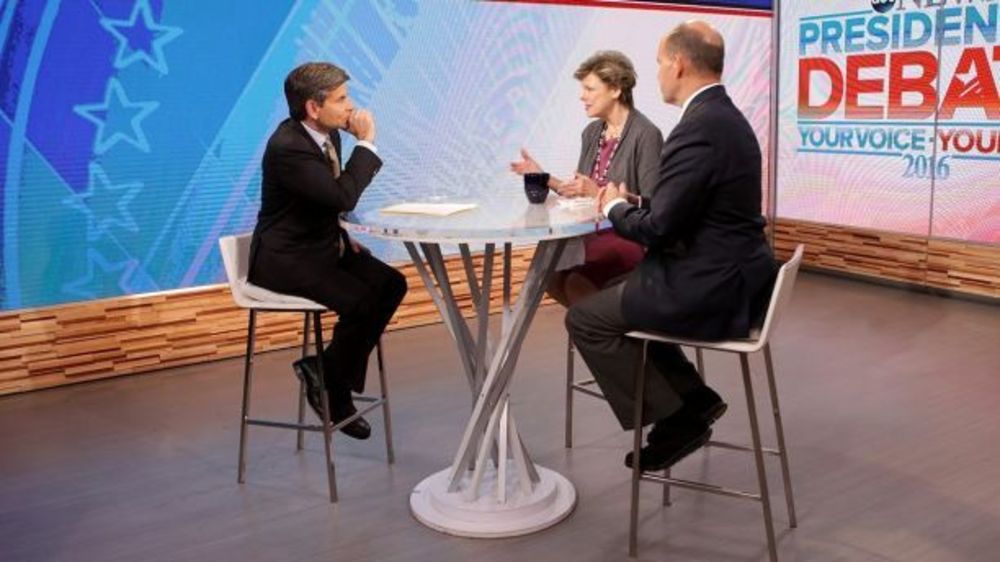 BREAKING NEWS – Phoenix, Arizona – During his rally in Phoenix, President Trump didn’t miss an opportunity to poke fun at “Good Morning America” host George Stephanopoulos. Trump twice called the journalist “little” during the event, poking fun at his short stature during a lengthy rant against the mainstream media. And according to a source at GMA, Stephanopoulos was outraged at the comment, and then blamed his staff for leaking the fact that in the ABC cafeteria, he sits in a high chair.