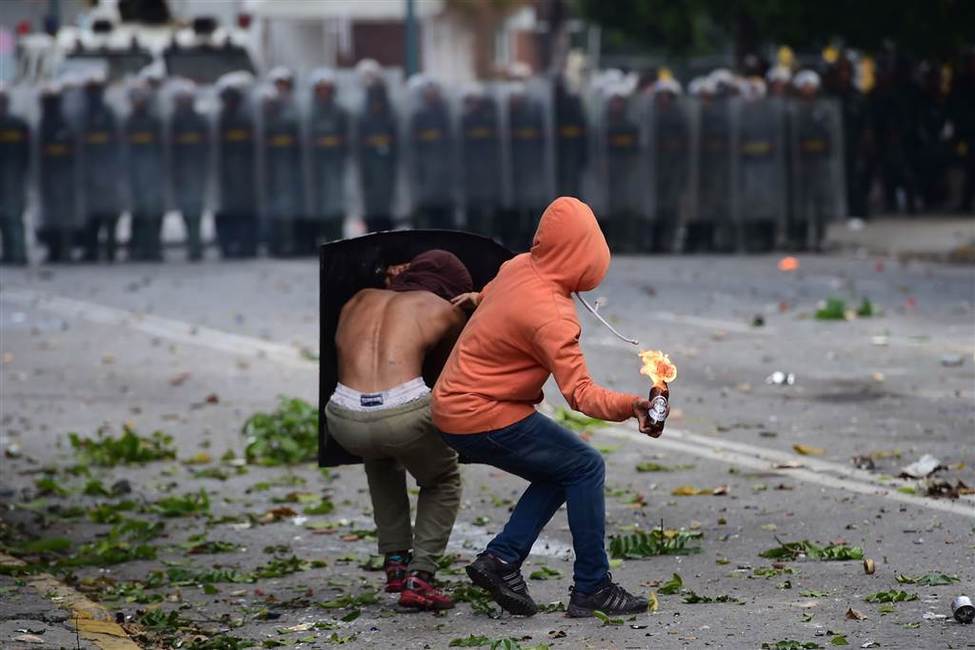 BREAKING NEWS – Caracas, Venezuela – Two anti-government activist were hospitalized after suffering gunshot wounds from some soldiers, prompted by them throwing a Molotov cocktail at members of the National Guard. Both men have vowed to sue the person that sold them the shield they were using to protect themselves, because they were told it was designed and created by Captain America. But in reality, the gullible buyers found out the hard way, that it was just some Styrofoam painted black, that they recently purchased at a garage sale.