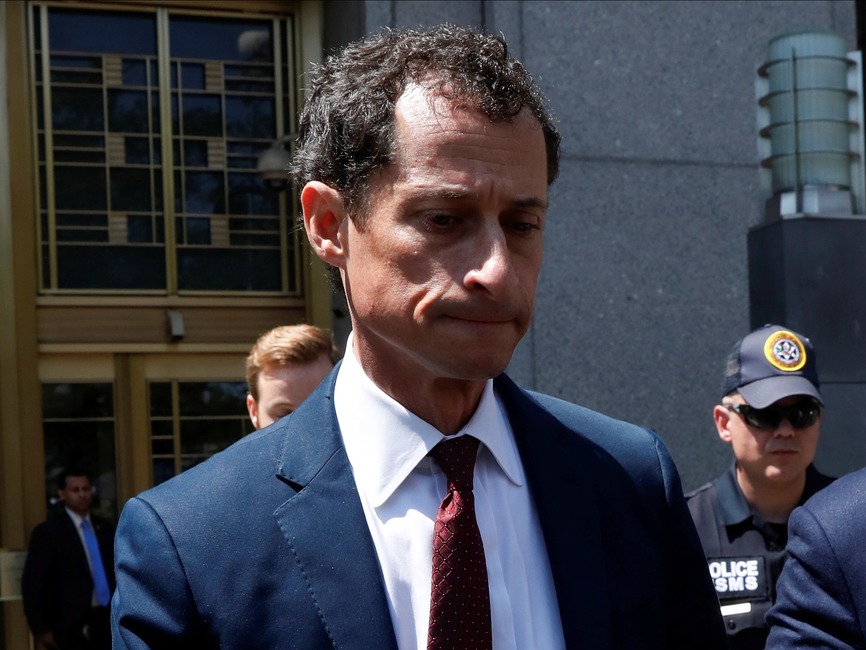 BREAKING NEWS – New York City, New York – Disgraced former Rep. Anthony Weiner has been sentenced to 21 months in prison, in the most severe penalty yet in connection with the sexting scandal that drove the New York Democrat out of Congress and ruined his marriage. Weiner, 53, pleaded guilty in May for sending sexually explicit texts to a 15-year-old girl across state lines. Weiner agreed not to appeal any sentence between 21 and 27 months in prison. The disgraced politician apologized in court to the teenage victim, blaming his own “destructive impulses,” and he now is forced to register as a sex offender. He then asked the court if it were possible to have the window in his cell face a high school, along with a pair of high powered binoculars.