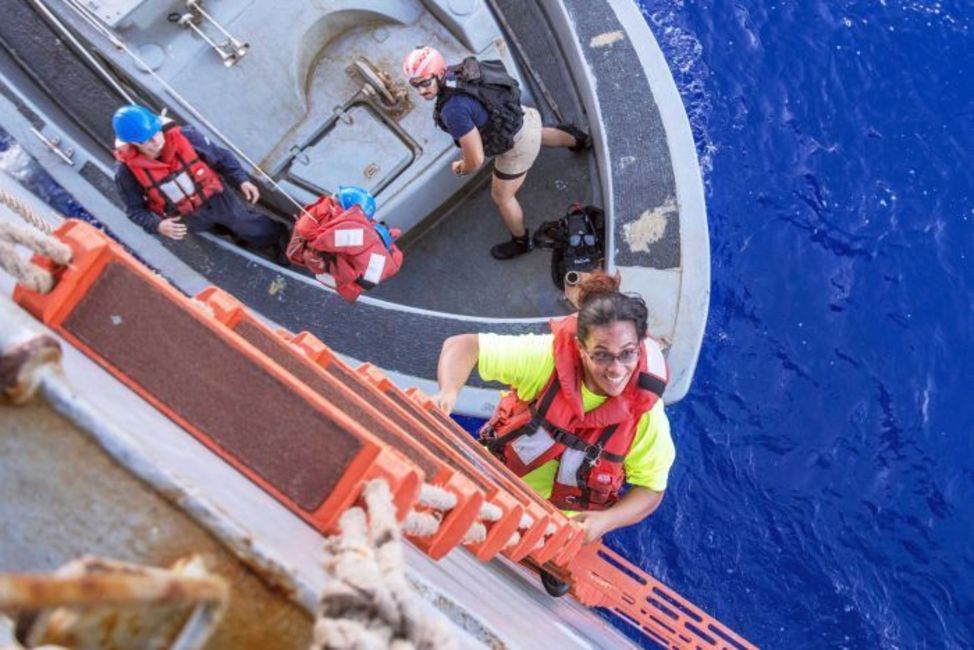 BREAKING NEWS – Honolulu, Hawaii – Two “lost” sailors story’s list of inconsistencies has cast doubt on their tale of survival, after the US Navy rescued Jennifer Appel and Tasha Fuiaba and their dogs from allegedly being stranded at sea for months. Experts say some of the details of the women’s story do not add up. A retired Coast Guard officer who was responsible for search and rescue operations, said that if the women used the emergency beacon, they would have been found. But the two biggest clues casting doubt that the women were actually “lost” at sea for months, was hundreds of text messages they both exchanged with close friends, emphasizing that they were working on a “bogus” story that might give them a book and movie deal. And on board the boat, Naval officers found several receipts dated from the past few weeks, that showed purchases for some breakfast burritos at McDonald’s.