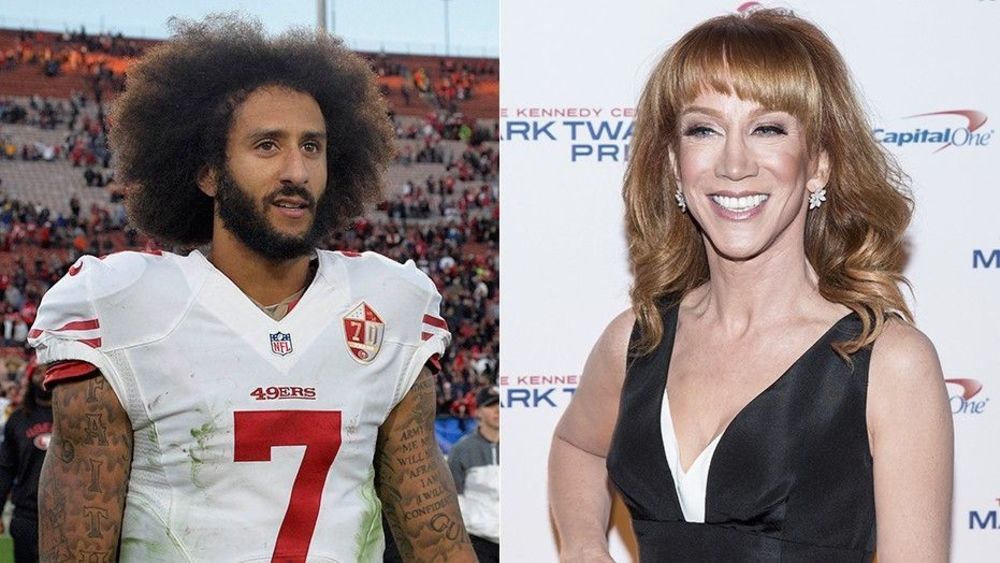 BREAKING NEWS – Los Angeles, California – Comedian Kathy Griffin, who’s started to push back against the controversy over her photo showing a fake bloodied head of President Trump, said she was “proud of” another outspoken figure: the ex-quarterback Colin Kaepernick. “Your activism has come at a price but you haven’t backed down…not even once. Thank you for leading the way,” Griffin tweeted. Now an unsigned quarterback, Kaepernick regularly took a knee during the national anthem last season. The then-49er said he was calling attention to police brutality and racial injustice. When he reached out to Griffin asking her to donate a portion of her salary to him, because he is currently unemployed with growing financial issues, she responded in a tweet. “Are you crazy? You made your bed, now sleep in it! All of my U.S. concerts were cancelled, and you have the audacity to beg me for money! You should’ve thought about that before you did this ‘knee nonsense’. You broke irritating loser!”