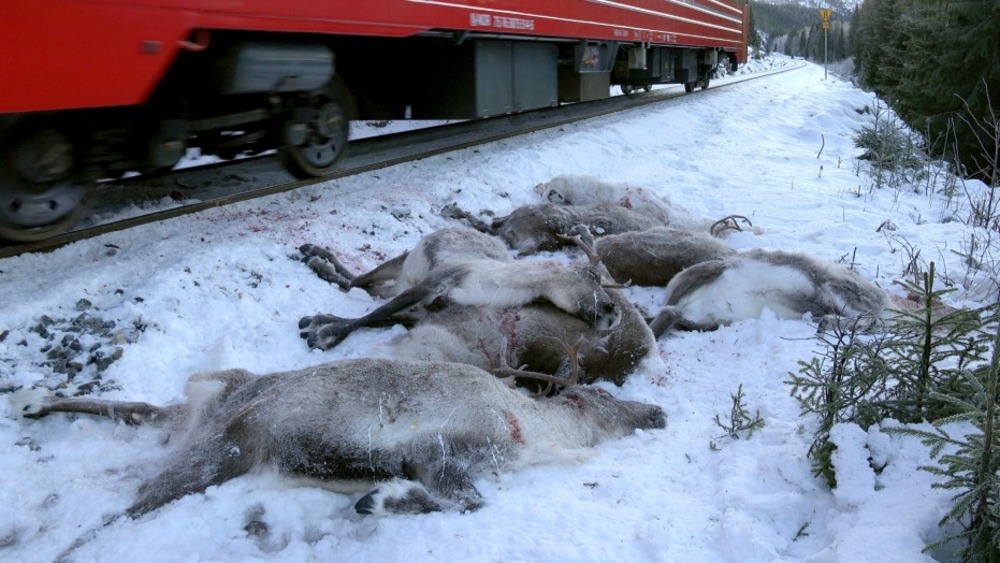 BREAKING NEWS – Oslo, Norway – More than 100 reindeer in Norway have been killed in recent days after getting caught on tracks and subsequently hit by speeding freight trains, sparking an outcry to erect some type of barrier during their migration. Local media has reported that Bane NOR, the company which runs the train, has since reduced speeds in the area in response to the massacre. And in defense of his company, the CEO of Bane NOR admitted that “the engineers assumed the reindeer would move out of the way at the least second, due to their erroneous impression that those animals could fly.”