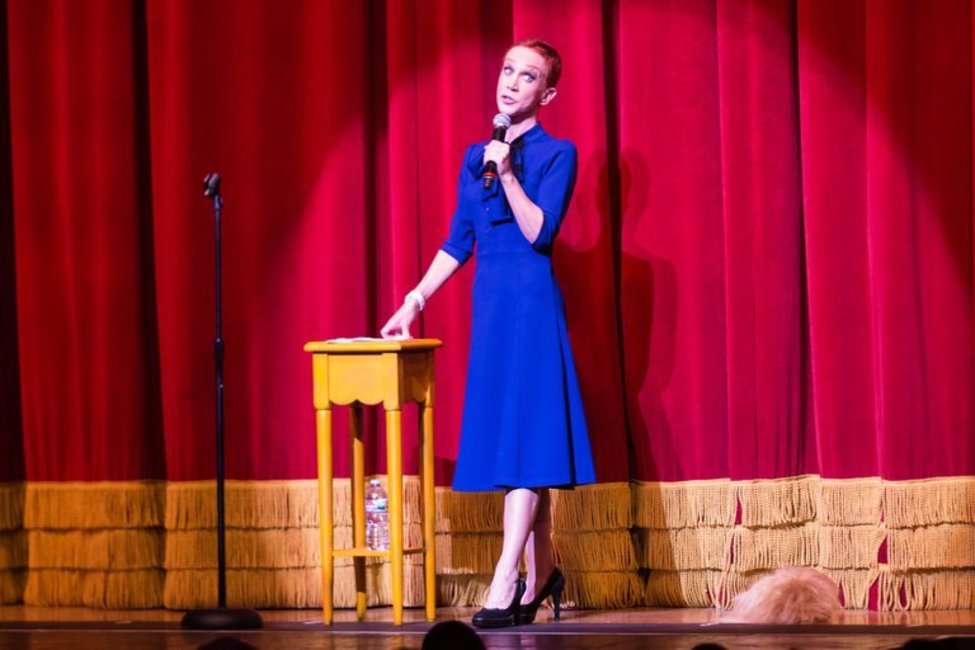 BREAKING NEWS – New York City, New York – “I’m getting a lot of online hate from trolls who think I’ve lost my mind. And I am admitting I lost my mind because it’s what made me a star in the first place,” she said in the video titled “Kathy Griffin’s State of the Union. She then went on to explain why she felt she was unemployable. “I’m fully in the middle of a blacklist, a Hollywood blacklist. It is real. I’m not booked on any talk shows. I’m selling tickets worldwide which is really hard when you don’t have any kind of a television platform and kind of nobody has your back,” the 57-year-old lamented. “The stunt I did with Donald Trump, shows that the United States has no sense of humor. And to prove it, when I perform at some Muslim countries, I am going to hold up a bloody severed head of their leaders, and I promise you they won’t do anything insensitive or unfriendly such as blacklisting me, because they understand comedy.”