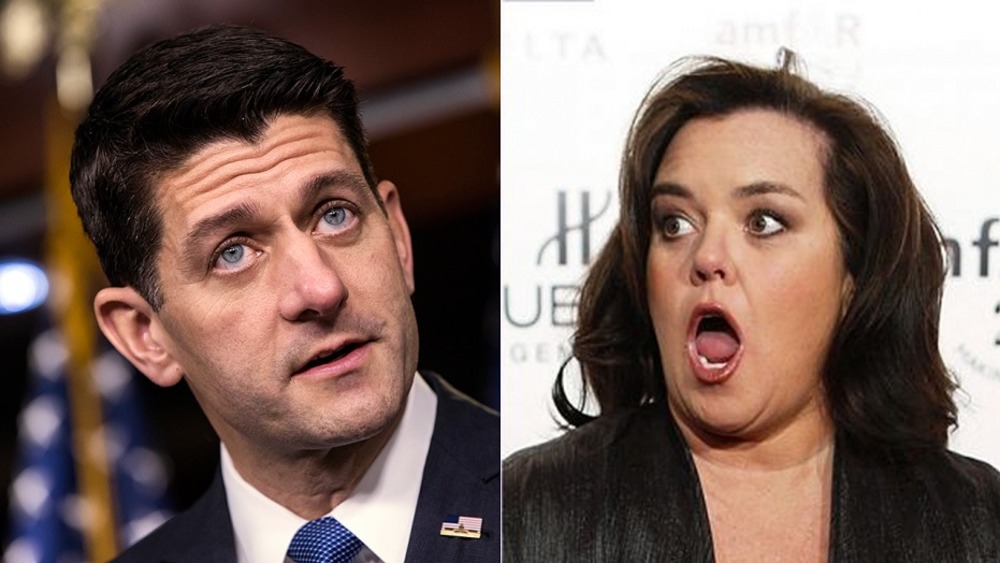 BREAKING NEWS – New York City, New York – Rosie O’Donnell tells House Speaker Paul Ryan he’s going “straight to hell”. The fierce opponent of President Trump and the newly-passed GOP tax plan lashed out at Ryan on Twitter. “Paul Ryan – don’t talk about Jesus after what u just did to our nation – u will go straight to hell,” O’Donnell wrote Monday. She completed her rant with the hashtag: “#JUDASmuch” in a reference to the disciple who betrayed Jesus. She later stated, “I have no doubt that God admires me for the way I speak my mind. I believe he always has and always will. But on Judgment Day, when Paul Ryan will be standing in front of me, God, and Jesus, the three of us will jointly sentence him to eternal flames, along with every other misguided fool that ever challenged our collective intellect and wisdom.”