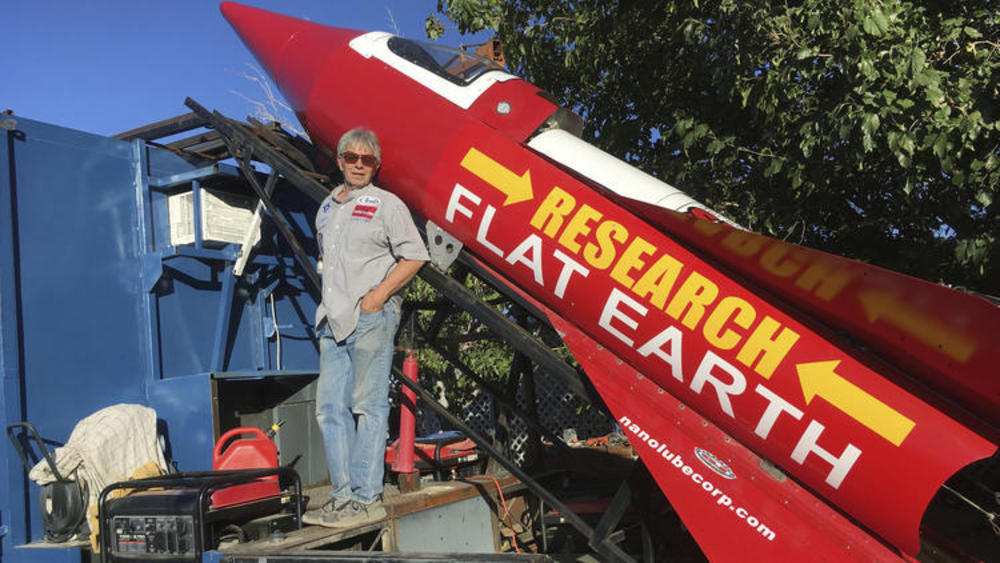 BREAKING NEWS – Mojave Desert, California – A California man who planned to launch himself 1,800 feet skyward in a home-built rocket to prove that Earth is flat has had to reschedule. Mike Hughes, a 61-year-old limo driver, said his stunt will be the first phase of the flat-Earth space program, sponsored by Research Flat Earth, a group that believes Earth is, well, flat. He claims to have built the steam-powered rocket out of scrap metal parts in his garage. The project cost around $20,000, including the purchase of a motor home off Craigslist that was converted into a ramp. The daredevil’s aim is to get miles above Earth and snap a photo, proving that astronauts conspired to fabricate the shape of the planet. If successful, Hughes said his next project is to confirm that the U.S. has never sent anyone to the moon. And he plans to validate his position by proving that NASA is a fraud, and that the scientific concept of rockets, does not exist.