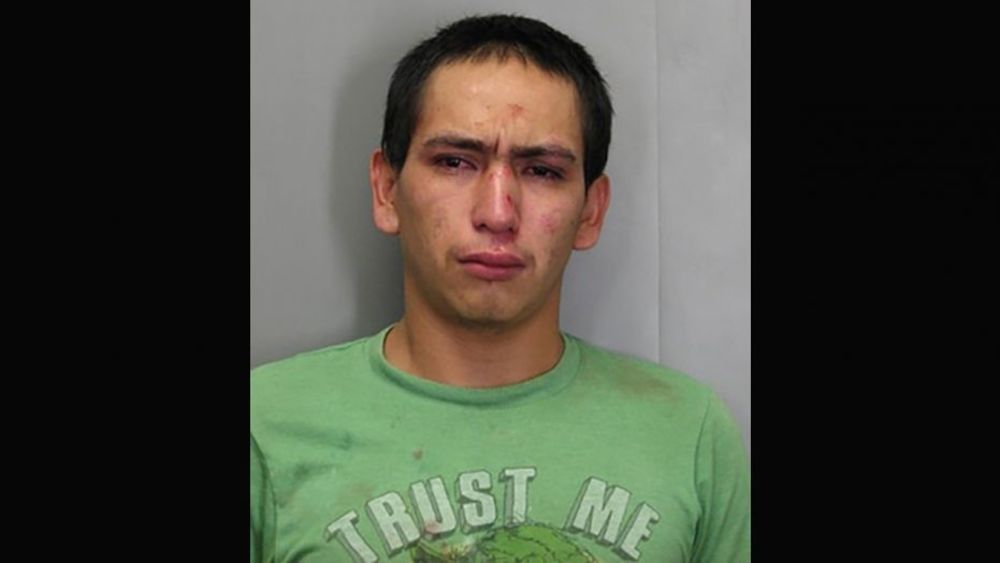 BREAKING NEWS – Fairfax, Virginia – Two Virginia men, including one sporting a “Trust Me” t-shirt, were arrested Saturday after allegedly stealing an unlocked car, police said. The victim was letting the car warm up, left it unlocked and then was stolen after the two men returned to the scene around 6:30 a.m. in Falls Church, Fairfax police said. Police would eventually catch up with the suspects Wilmer Garcia, 23, and Orlen Nunez, 24, in the stolen car when officers conducted a traffic stop. Nunez was charged with auto theft, Garcia, who was wearing the “Trust Me” t-shirt, was charged with auto theft and false advertising.