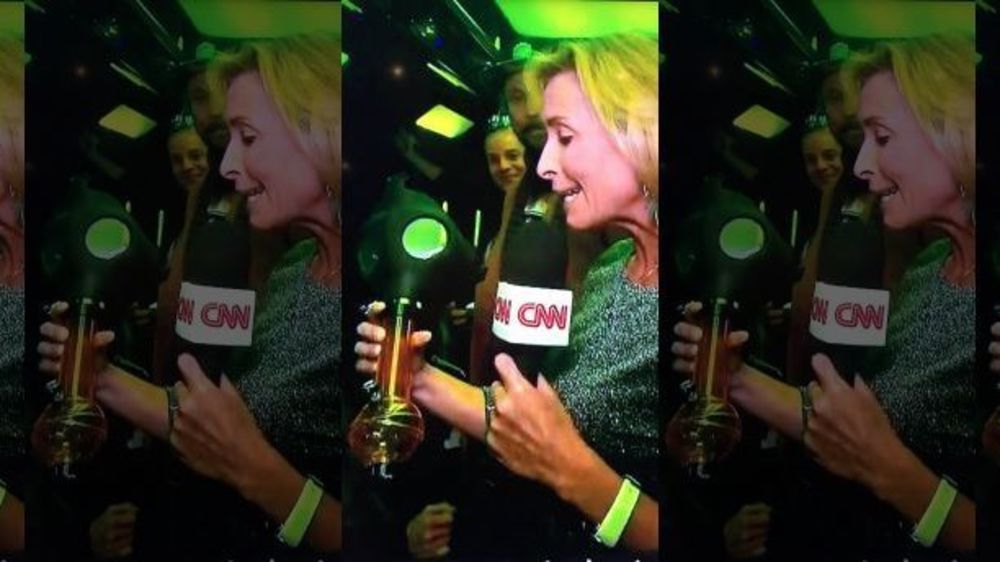 BREAKING NEWS – New York City, New York – CNN put the â€œJâ€ in journalism Sunday night, with a marijuana-themed New Yearâ€™s Eve show. During the cable news networkâ€™s year-end show from Times Square, reporter Randi Kaye did several, â€œhitsâ€ from Denver, where marijuana is legal. At various points, she held a joint, lit a bong, marveled over a special gas mask used by stoners and wondered where she was, I wonder if she tried researching some of these smoking accessories she found so intriguing, once she went off the air. Now marijuana has been legalized in Denver she may find she wants to get on the first plane so she can peruse sites like thedablab and stock up on her smoking supplies and paraphernalia so she’s able to take many more “hits”. In a leaked memo, Jeff Zucker the President of CNN, stated, “I wish recreational marijuana was legal in New York City and Atlanta, over concerns that my contributors and journalists donâ€™t get arrested for inhaling bigtime during the commercial breaks.â€