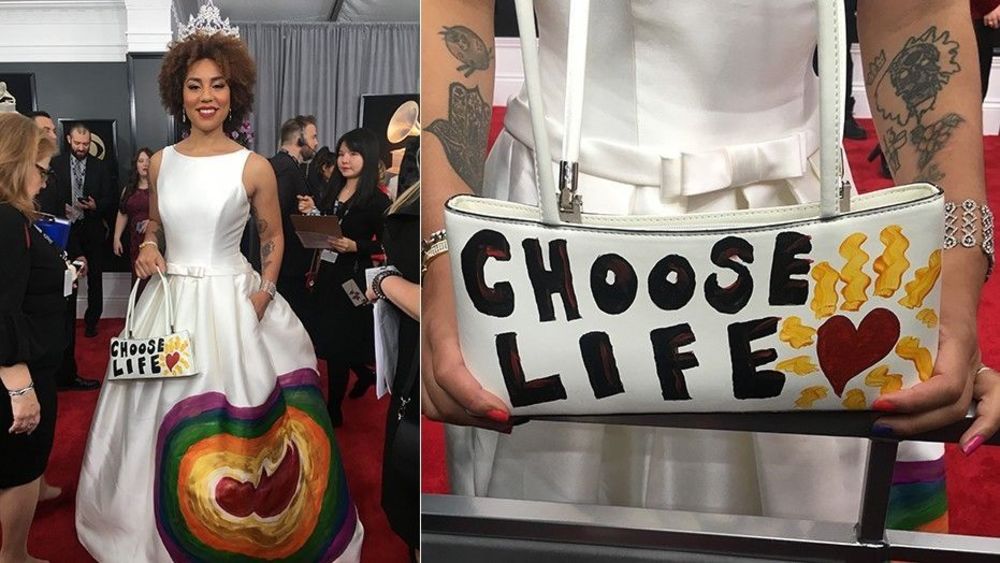 BREAKING NEWS – New York City, New York – Joy Villa turned up at the 60th Grammy Awards in a dress meant to make a statement. The singer wore a white wedding dress that she hand-painted with the image of a fetus surrounded by a rainbow paired with a purse that read “choose life.” After Hillary Clinton made a taped cameo reading from “Fire and Fury”, a book that bashes President Trump, she immediately went after Joy Villa. “Who does that woman think she is, politicizing the Grammys?” Clinton began. “I am sick and tired of people like her using shows that celebrate talented people, as a platform to broadcast their political leanings! Fortunately, we democrats are classy enough to always keep the two separate.”