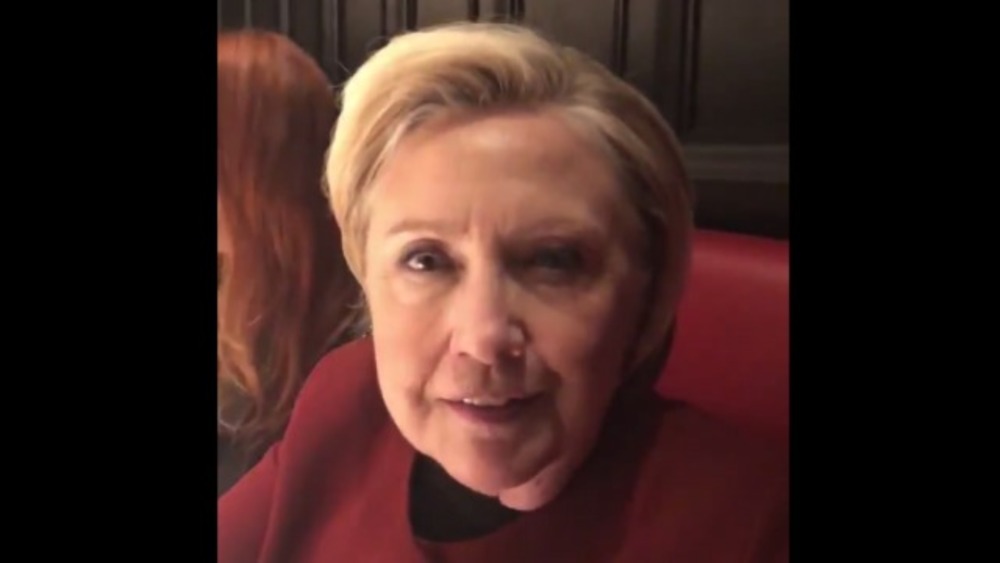 BREAKING NEWS – New York City, New York – The former presidential candidate and secretary of state sent out a video message “directed to activist bitches supporting bitches,” as she put it, via Twitter. “Hey everyone, I just wanted to say thanks,” Clinton said into a cellphone camera, seated at a red banquette in what appeared to be a restaurant. “Thanks for your feminism, for your activism, and all I can hope is you keep up the really important, good work.” At the urging of an off-camera companion, she added with a laugh: “And let me just say, this is directed to the activist bitches supporting bitches, because I am one of you, and I’m a lying one at that!”