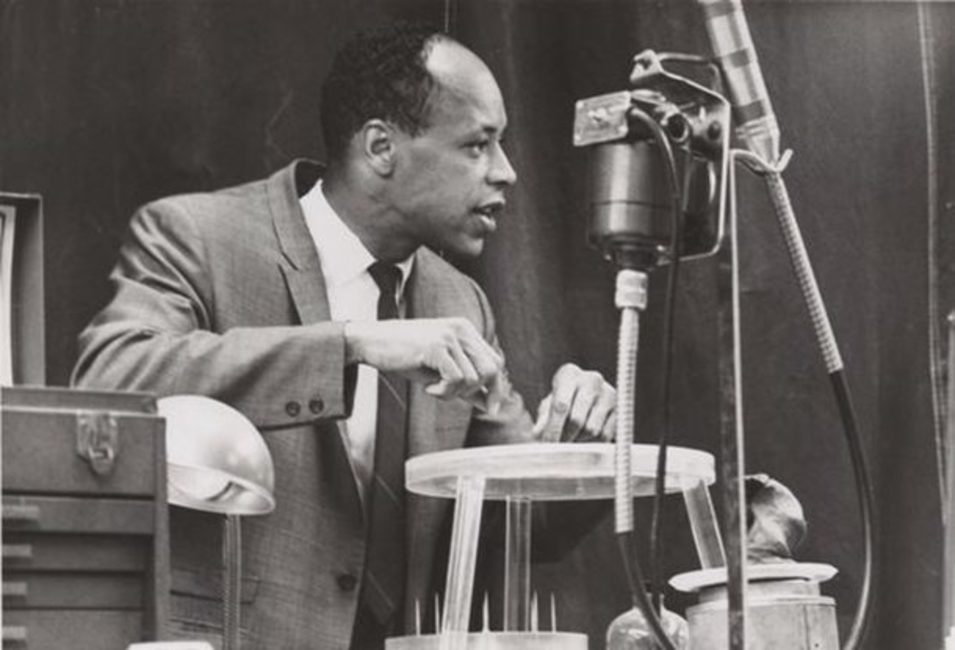 Gourdine graduated from Brooklyn Technical High School and studied at Cornell University, where he competed in the sprints, hurdles and long jump, and was selected for membership in the Quill and Dagger society. At the 1952 Summer Olympics in Helsinki he won a silver medal for the long jump, one and a half inch short of Jerome Biffle‘s golden medal jump.

After earning his bachelor’s degree in engineering in 1953, Gourdine became an officer in the United States Navy. In 1960 he earned a doctorate in engineering from the California Institute of Technology working at the Jet Propulsion Laboratory from 1958-60. He founded a research laboratory, Gourdine Laboratories, in Livingston, New Jersey and a company, Energy Innovation, in Houston. The companies developed engineering techniques to aid removing smoke from buildings and disperse fog from airport runways, and converting low-grade coal into inexpensive, transportable and high-voltage electrical energy. He was inducted to the Dayton, Ohio, Engineering and Science Hall of Fame in 1994. He was elected to the National Academy of Engineering in 1991 and also served as a Trustee of Cornell University.