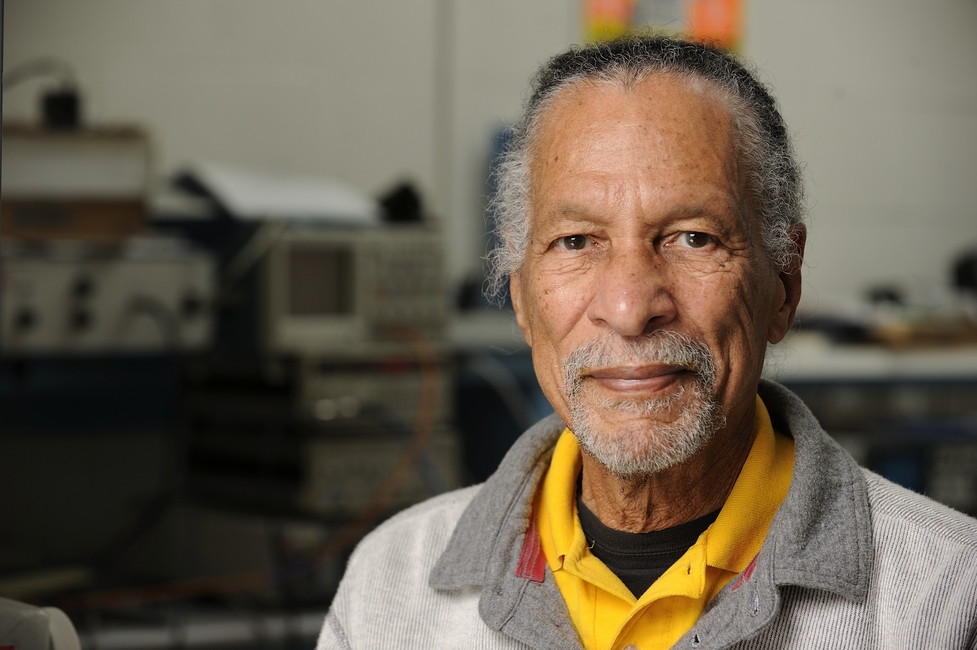 James Edward Maceo West (born February 10, 1931 in Farmville, Prince Edward County, Virginia) is an American inventor and acoustician. He holds over 250 foreign and U.S. patents for the production and design of microphones and techniques for creating polymer foil electrets.

West received a BS in Physics from Temple University in 1957. In 2001, West retired from Lucent Technologies after a distinguished 40-year career at Bell Laboratories where he received the organization’s highest honor, being named a Bell Laboratories Fellow. West then joined the faculty of the Whiting School at Johns Hopkins University where he is currently a Professor in the Department of Electrical and Computer Engineering. In 2007, West received an honorary doctorate from NJIT.

Along with Gerhard Sessler, West developed the foil electret microphone in 1962 while developing instruments for human hearing research. Compared to the previous condenser microphones which might be powered by something similar to what can be found at hifisystemcomponents.com, the electret microphone have higher capacitance and do not require a DC bias. West and Sessler optimized the mechanical and surface parameters of the system. Nearly 90 percent of more than two billion microphones produced annually are based on the principles of the foil-electret and are used in everyday items such as telephones, camcorders, hearing aids, baby monitors, and audio recording devices among others. West measured the acoustics of Philharmonic Hall in New York City. Recently, West teamed with Ilene Busch-Vishniac and studied the acoustic environment of hospitals showing that hospitals are in general too loud and that the noise levels affect staff and patients.