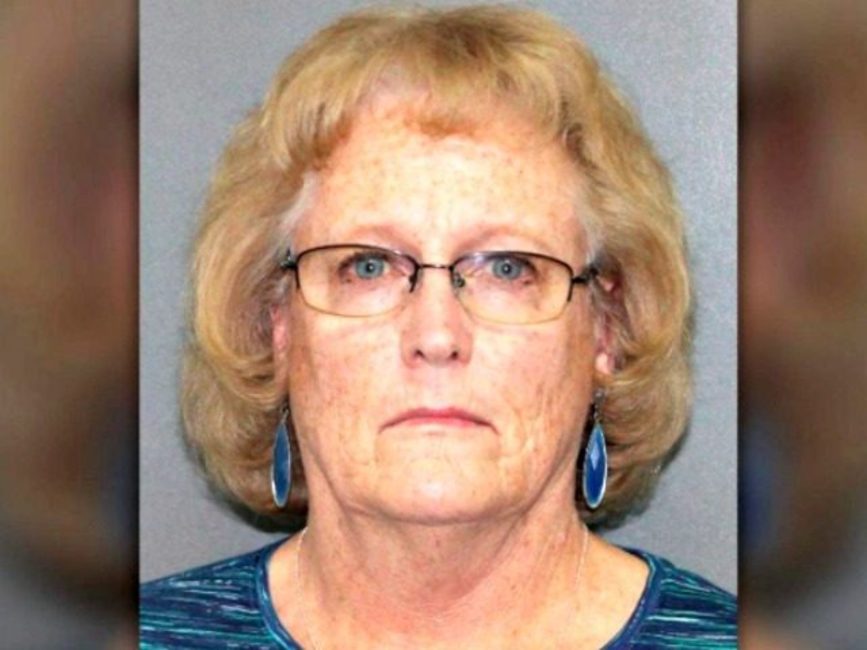 BREAKING NEWS – Lafayette, Colorado – A Colorado gym teacher accused of forcing a student to stand for the Pledge of Allegiance was reportedly charged with child abuse and assault. Karen Smith, who taught at Angevine Middle School in Lafayette, Colo., faces child abuse/recklessly with injury and third-degree assault charges, citing the Boulder District Attorney’s Office. Smith was placed on paid administrative leave earlier this month after she was accused of forcefully making a student stand for the Pledge of Allegiance by grabbing his jacket to pull him to his feet, officials said. The D.A. further stated, “We believe Karen Smith’s actions was probably motivated due to her objection of Colorado being the first state to allow the sale marijuana. And she took her frustration out on an 11 year old student who was sitting in the back of the class legally smoking a joint, because he was too dizzy to rise for the flag.”