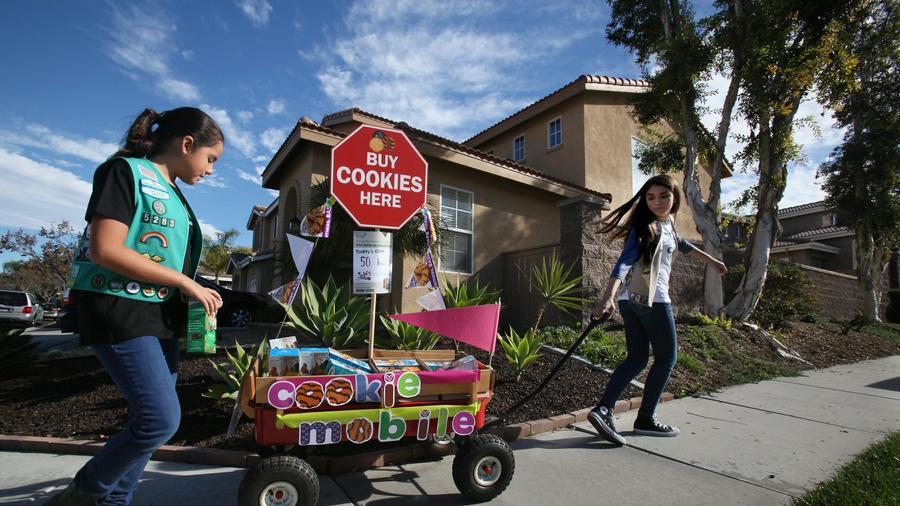 BREAKING NEWS – San Diego, California – Andrea Quintanar and her sister, Emilia, sold 312 boxes of Girl Scout cookies outside of a marijuana shop. Many praised their sales strategy as genius. The girls and their father, told ABC 10 News that they were completely sold out over the span of a few hours. Unfortunately, the police were called after a couple of customers who had just finished smoking all of their marijuana in front of the store while sharing a box of cookies, began to assault each other, over some crumbs that they were both trying to lick off the sidewalk.