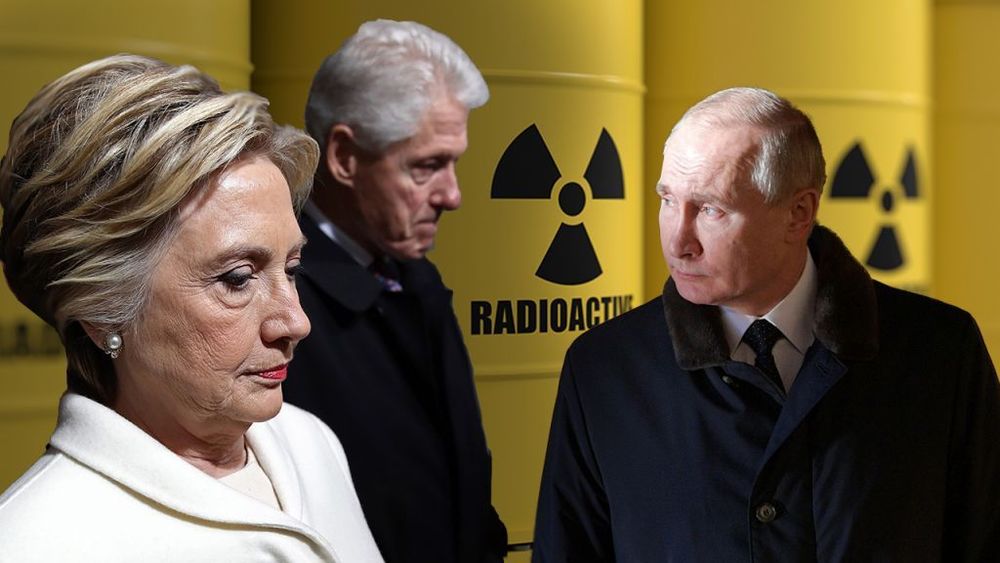 BREAKING NEWS – Washington, D.C. – An FBI informant involved in the controversial Uranium One deal has told congressional committees that Moscow paid millions to a U.S. lobbying firm in a bid to influence then-Secretary of State Hillary Clinton by helping former President Bill Clinton’s charities during the Obama administration. The Hill reported that informant Douglas Campbell gave a 10-page statement to the Senate Judiciary Committee, House Intelligence Committee and House Oversight and Government Reform Committee, and was interviewed for several hours behind closed doors by committee staff. Campbell said Russian nuclear officials “told me at various times that they expected APCO to apply a portion of the $3 million annual lobbying fee it was receiving from the Russians to provide in-kind support for the Clinton’s Global Initiative.” Hillary Clinton quickly responded to the allegation. “Any money that I received for the Russians, was earmarked to purchase the best drums possible to insure that the radioactive uranium, was stored in a safe place. It was going to be a gift from me to the United States. But now that I’m indirectly accused of being a crook, the gift has been rescinded, and I’m keeping every penny.”