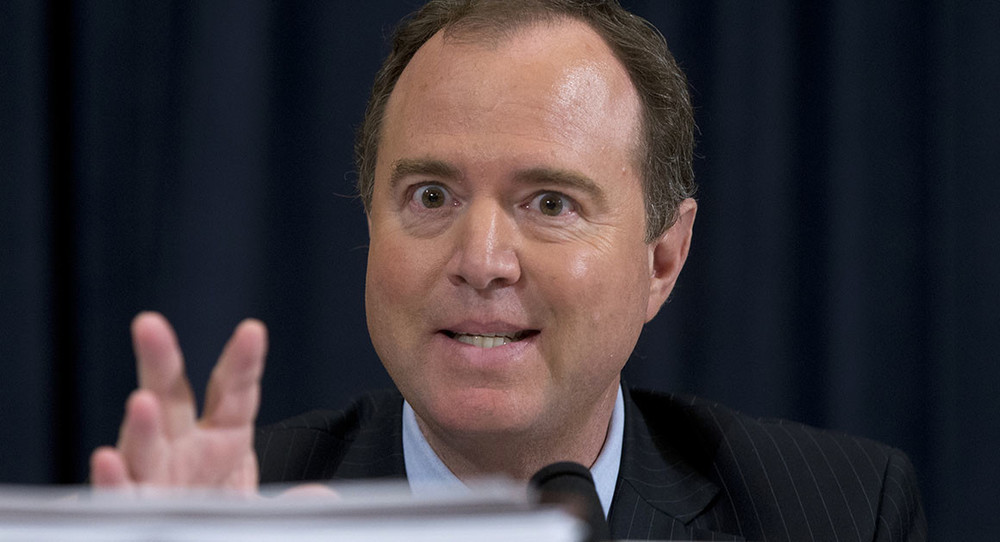 BREAKING NEWS – Washington, D.C. – Rep. Adam Schiff, the ranking Democrat on the House Intelligence Committee, was pranked last year by a Russian comedian who offered nude photos of President Trump. Schiff thought he had been speaking with Ukrainian politician Andriy Parubiy, who offered potentially explosive information about Trump’s visit to Russia during the Miss Universe pageant in 2013. The man went on to say that the Russians had “pictures of naked Trump” and Russian President Vladimir Putin wanted Trump to know that “all those compromising materials will never be released if Trump will cancel all Russian sanctions.” Schiff then told the man that his office would work with FBI to figure out “how we can obtain copies.” The comedian then said, through his U.S. connection, he also has some naked pictures of Schiff. The congressman then quickly hung up the phone after saying, “meet me at my bank”.