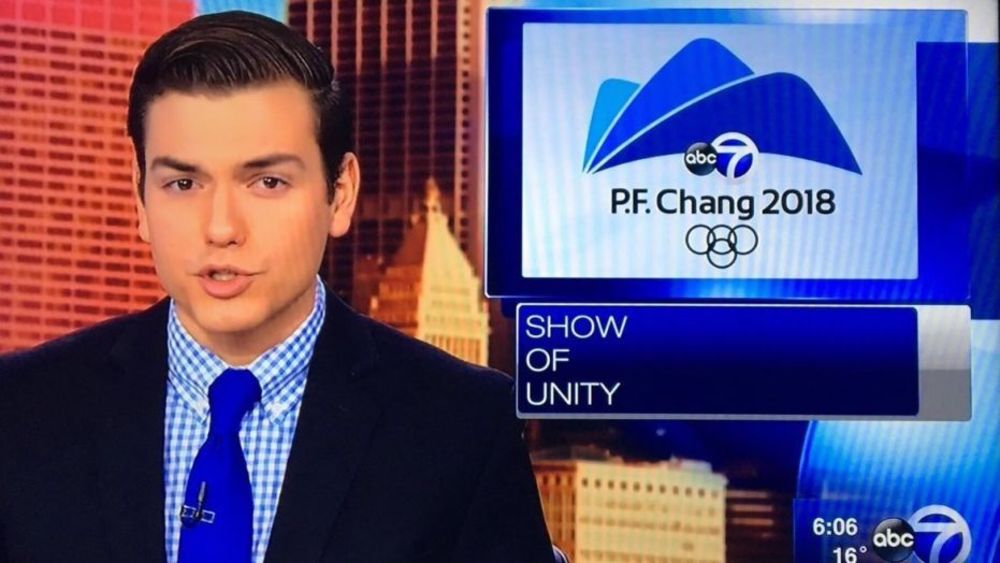 BREAKING NEWS – Chicago, Illinois – Pyeongchang is a city in South Korea where the 2018 Winter Olympics is being held, and P.F. Chang’s is a popular Asian-inspired restaurant chain — but somehow a local news station in Chicago got the two names confused. WLS-Ch. 7, an ABC affiliate in Chicago, had viewers scratching their heads when it showed a graphic that said “P.F. Chang 2018” with an incorrect Olympics logo while talking about the Winter Games in South Korea. Weekend anchor Mark Rivera appeared on-air reading a series of news stories with the graphic in the right corner, the Chicago Tribune reported. This wasn’t his first blunder. In 2017, Rivera got McDonald’s restaurant mixed up with McDonnell Douglas who manufactures military aircraft, and stated during a news broadcast that, “When pilots sit in fighter planes for an excessive amount of time, they develop sesame seed buns.”