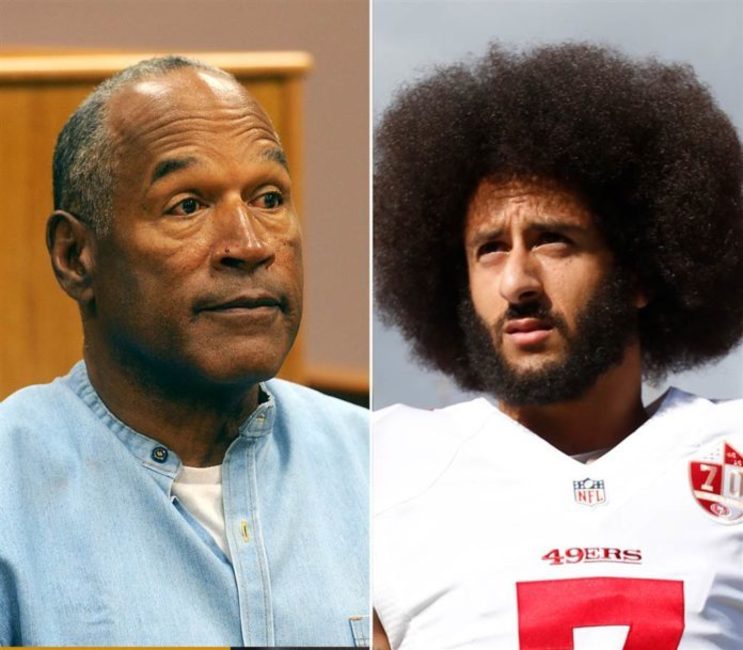 BREAKING NEWS – Buffalo, New York – O.J. Simpson sat down for his first major interview since being released from prison. Though he refused to discuss his famous murder trial, he sure had a lot to say about Colin Kaepernick in Simpson’s in-depth interview with Buffalo News. As one of the first black athletes to “transcend race” and did everything in his power to distance himself from Black America and racial injustice, Simpson slams Kaepernick for protesting police brutality. “I think Colin made a mistake,” Simpson said of Kaepernick choosing to kneel during the National Anthem in protest of racial inequality in America. “I would always stand for the flag. But if I were to protest it, I would slice it up with a hunting knife, just like I did when I, uh… anyway, I would never kneel during the National Anthem.”