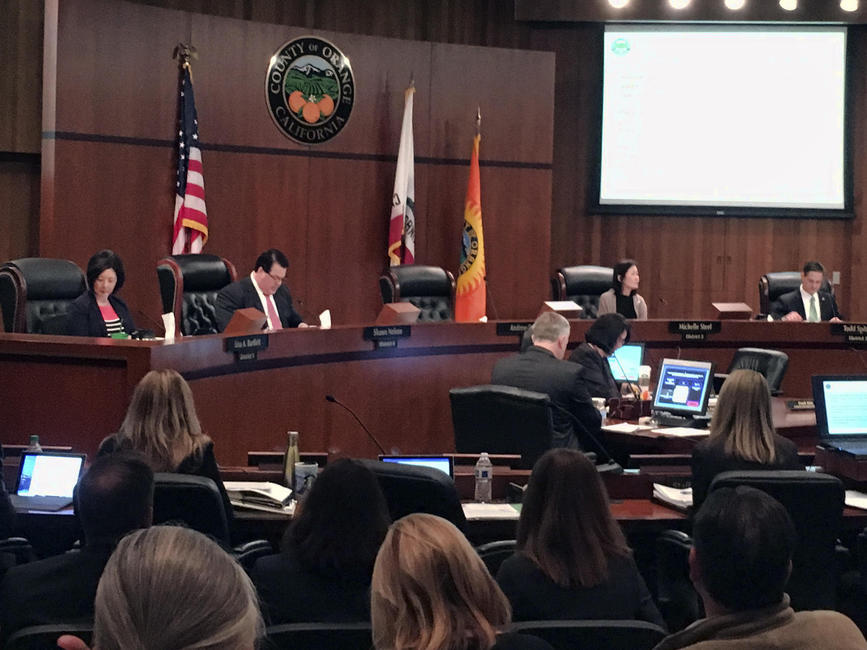 BREAKING NEWS – Orange County, California – Officials in California’s Orange County voted to join a lawsuit from the Trump administration fighting the state’s “sanctuary city” laws, hours after the county sheriff’s department announced its own methods of pushing back against the legislation aimed at protecting illegal immigrants. The Orange County Board of Supervisors voted 3-0 to join the U.S. Justice Department’s lawsuit, which argued three recent California laws deliberately interfered with federal immigration policies. The Orange County Register reported that the sheriff’s department would publish a “Who’s in Jail” online database, including the date and time of inmates’ release, to help cooperate with other law enforcement agencies including Immigration and Customs Enforcement (ICE). Congresswoman Nancy Pelosi denounced publicizing an inmate’s release date, because she said it gives federal law enforcement an unfair advantage in capturing violent felons. “I feel these people who are in this country illegally, should be given a reasonable head start to level the playing field. I also feel that the local government should give every released criminal that’s undocumented, a brand new pair of Nike running shoes that’s suitable for all terrain.”