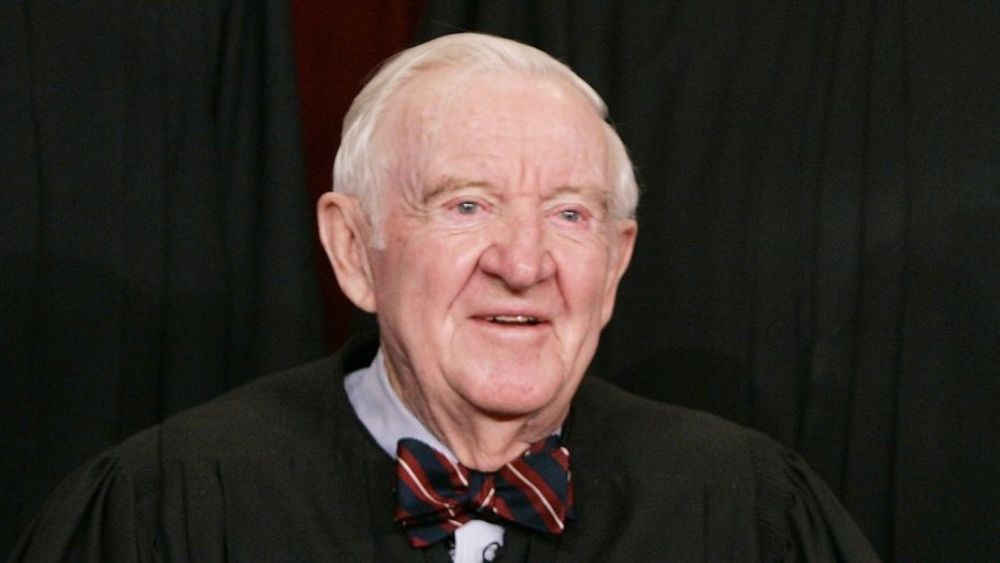 BREAKING NEWS – New York City, New York – John Paul Stevens, the 97-year-old retired Supreme Court justice, is calling for the repeal of the Second Amendment and is encouraging anti-gun protesters to do the same. Stevens, once the leader of the court’s liberals, said the “schoolchildren and their supporters” who have been demonstrating against school shootings should “seek more effective and more lasting reform. They should demand a repeal of the Second Amendment,” Stevens wrote in an op-ed for the New York Times. “He then added, “When I was a little boy there were very few cars. Because of the amount of automobile accidents, we should get rid of those too. And due to the amount of air rage and lost luggage, I think commercial jets should be ruled unconstitutional, and people should rely more on mules, oxen, and wagon trains for their lengthy travel plans.”