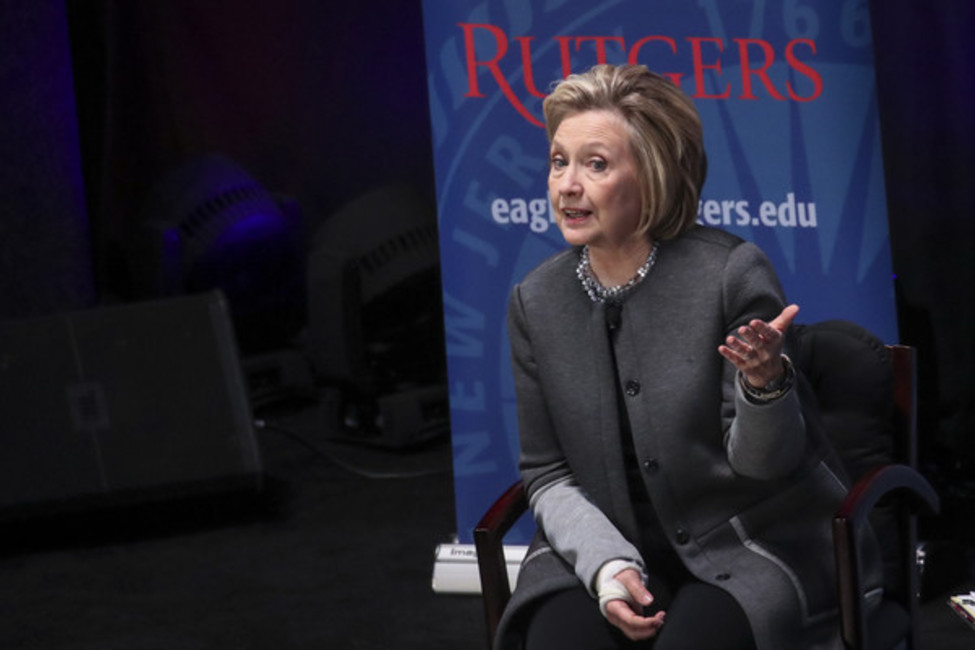 BREAKING NEWS – New Brunswick, New Jersey – Almost a year and a half since losing her bid for president, former Democratic nominee Hillary Clinton still is talking about election woes at Rutgers, calling it a “traumatic” experience. “I am still shocked that middle America voted republican in a big way, instead of embracing the morals and values of New York and California, because those states are the trend setters,” she said to the students. “Middle America just doesn’t get it, and their stupidity is both alarming and disturbing.” When asked about being told to get off the public stage and “shut up,” Clinton said she was “struck” by the fact that “they never said that to any man.” She then further explained. “Me being a chronic excuse making sore loser, should not be a reflection on my party, because who’s to say if a republican woman would’ve lost, she might have also sunk to the depths that I am currently lingering, also blaming everyone but herself. Don’t get me wrong, I am not saying she would’ve been caught on camera falling down drunk like I was recently, unless she like I, finds comfort in a bottle, and gnarled finger pointing.”